Living Streets is calling for new measures to reduce the number of cars on the school run.

This comes after research (YouGov 2018) released by the charity for the start of International Walk to School Month, reveals that too many cars are the things parents find most annoying on the school run – specifically too many cars around school gates (54%); cars parking on the pavements (50%); and too much traffic on the journey (45%).

Living Streets is calling for more local authorities to pilot school road closures - prohibiting cars from the school gates at drop off and pick up times, alongside a series of other measures, to encourage more families to walk to school.

Motor vehicles are the biggest source of air pollution and one in four cars on the road at peak times are on the school run. As a result, over 2,000 primary schools in the UK are situated in pollution hot spots, putting pupils’ health at risk. 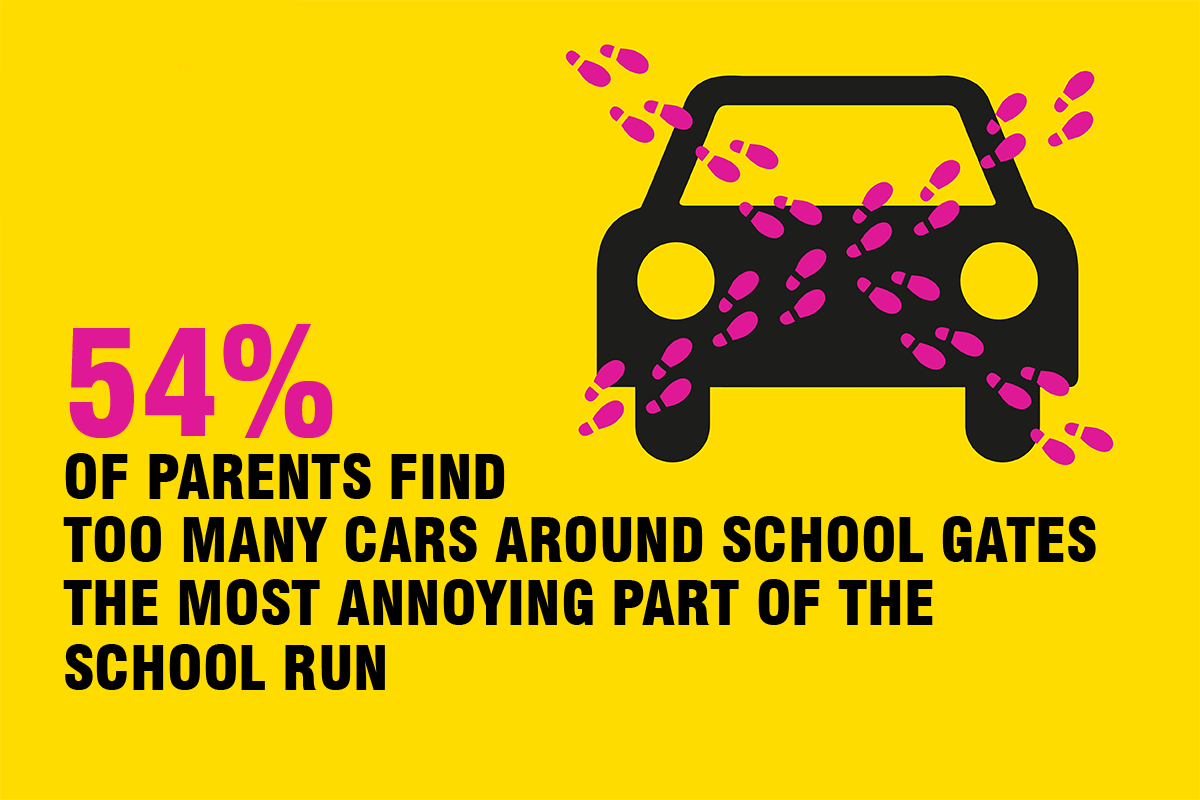 New figures released by DfT last week (27 September) revealed that 14 per cent of children killed on Great Britain’s roads last year were between 7-9am and 23 per cent were between 3-5pm – school run hours.

The charity for everyday walking says that encouraging and enabling more families to walk to school will clean up toxic air and make our streets safer.

“Piloting closing streets to cars outside schools at the start and end of the school day is a great way to improve the safety of our children’s walk to school. It removes issues of unsafe parking, speeding traffic and helps to reduce the toxic air which stays around our children’s schools long after the cars have left.

We want to see more local authorities working with schools to reduce the number of cars around the school gates, helping to improve air quality, reduce congestion and increase road safety during peak times.

Living Streets currently works in over 2,000 schools across the UK to successfully increase the number of children walking to school through WOW – the year-round walk to school challenge. WOW schools walk to school rates increase by 23 per cent on average with a corresponding drop in cars around the school gates.

As well as cars, parents identified poor street design and crossings as annoying factors of the school run.

Top 10 most annoying things about the school run

“We need to see many more measures which make it possible for families to walk to school: lower speed limits, better crossings and constraints on pavement parking.

“By creating safer school walking routes and investing in proven behaviour change initiatives, we can help reduce the number of cars on our roads - improving safety for everyone and making the experience a much more pleasurable one.”

For International Walk to School Month this year, Living Streets wants people to take part in an online action to write to their local councillor to urge them to prioritise creating safe walking routes to school. Visit www.livingstreets.org.uk/October for more information.

You can also download the Family Walk to School Kit with ideas of how to make the walk to school safer and more enjoyable for families. www.livingstreets.org.uk/October