A booklet designed by a group of secondary school students with learning difficulties to encourage younger children to walk more was launched on Friday (11 March).

Eight students from Beacon Hill SEN School, North Tyneside, designed and made an Eye Spy game and a map of the school grounds to encourage primary school pupils to walk more during the day.

The project ran for nine weeks and was led by Living Streets on behalf of 'Schools Go Smarter', the Local Sustainable Transport Fund programme for Tyne & Wear and Northumberland.

The students decided on the content of the booklet themselves including a communication board to allow non-verbal pupils to express where they would like to go on their walk.

The booklet was launched to primary school pupils in a special assembly on Friday afternoon at Beacon Hill School, attended by the Mayor.

I’d like to congratulate the children who have worked so hard on this project; they have produced an extremely useful and well-designed booklet. I’m sure that this will encourage Beacon Hill pupils to take more of an interest in getting out and about on foot, and we will continue to support all our borough schools in their efforts to help pupils be more active.

These students have produced a fantastic booklet which will help younger pupils at the school and future generations too. Walking is a really easy way for children and young people to fit a bit more activity into their day, helping them to stay fit and healthy. It’s also great for their independence and allows them to socialise with other pupils. 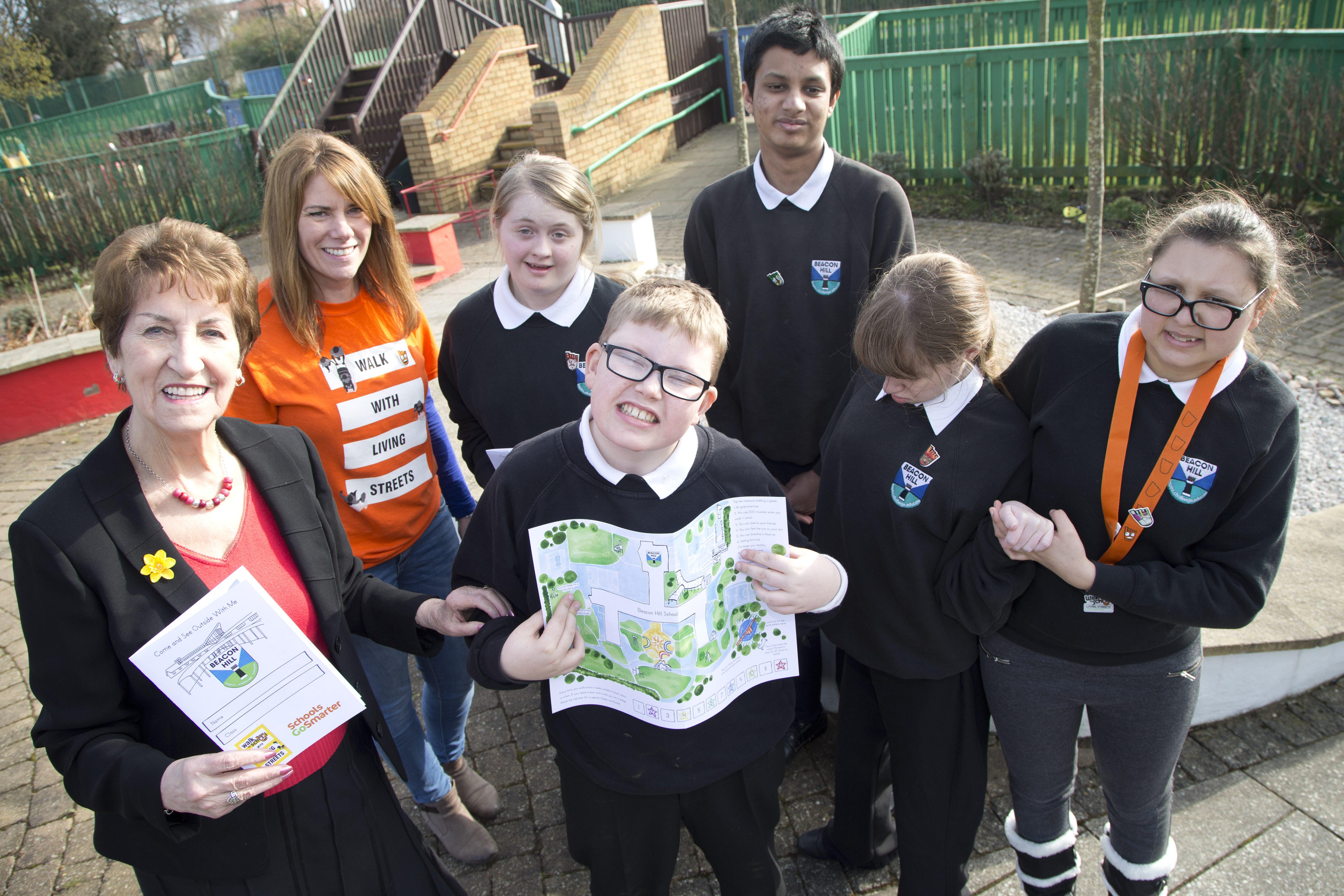