We have joined with Campaign for Better Transport and Cycling UK in writing a letter to Michael Gove expressing our alarm at proposals in the Government's Air quality plan for NO2 to remove traffic calming measures, such as speed bumps. 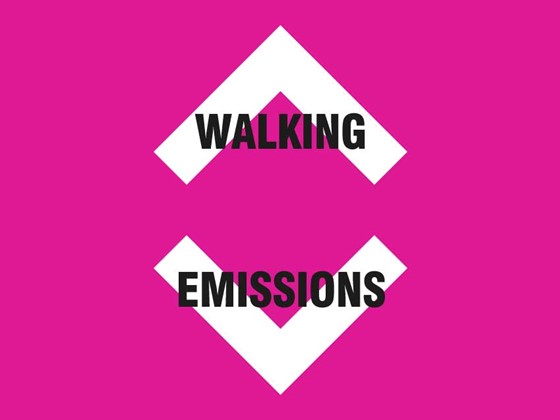 We are writing to you on behalf of leading charities promoting sustainable transport policies. Transport is a major contributor to the problem of poor air quality: getting the right transport policies is also the best route to delivering cleaner air.

In particular, we believe that reducing motor vehicle dependency, and investing in high quality walking and cycling facilities, complemented by modern public transport, is vital to creating vibrant communities in a safe and healthy environment.

We will all be responding in more detail to the recent UK plan for tackling roadside nitrogen dioxide in due course, as well as to individual Clean Air Zone consultations: however, we wanted to comment on three specific points at this time.

We strongly welcome the proposals to commit £100 million for bus retrofit and towards new low emission buses. Increased use of buses is a key part of the solution to air pollution; buses are an essential component of an efficient urban transport system, as well as being a lifeline for rural communities.

We regret the low priority given to charging-based Clean Air Zones. The technical report accompanying the draft UK Clean Air Plan published in May was clear that charging zones are the most effective means to address air pollution, yet the latest plan explicitly de-prioritises this solution, stating that “charging Clean Air Zones should only be used where no other equally effective solution is identified.”

By making charging zones the option of last resort, and instead requiring local authorities to explore other options first, the plan makes it harder, not easier, for effective action to be taken. We urge you to reconsider this stance, and give local authorities the discretion to decide which solution, including charging zones, will most effectively deliver clean air for their community.

We are alarmed by the strategy’s proposals to encourage the removal of traffic calming measures. We recognise the relationship between speed control and air pollution, noting that Highways England has recently introduced speed restrictions on the M1 near Sheffield in order to help address air quality problems.

Removing speed control measures such as speed bumps from local streets would be at best an expensive diversion from addressing air quality and at worst a dangerous and retrograde measure. Local councils and the communities they serve have introduced speed control measures to make streets safer, particularly in areas around schools. It is not acceptable to reduce safety in order to improve air quality, nor is it necessary. Air pollution hotspots arise from high volumes of traffic on major routes, not traffic calmed neighbourhoods.

We concur with the Parliamentary Advisory Council for Transport Safety (PACTS), which recently commented: “In fact, well designed and well-maintained humps and other devices can smooth traffic flows and keep speeds down, which should improve air quality. There is a case for spending more on these measures, not ripping them out.”

We would ask you to provide any evidence held by your Department that the removal of speed humps would improve air quality, and that this outweighs any possible public health disbenefits due to increased road injuries and fatalities. Local authorities should be able to demonstrate that any proposed alternative to speed humps is at least as effective in controlling speeds, preventing injuries and fatalities and improving public health for people of all ages and abilities, including children and other non-drivers.

We look forward to continue constructive working with your department on identifying the best measures to help deliver better air quality, and would be happy to meet and discuss these and other issues at any time.