Today (Tuesday 6 November), a consultation by Westminster City Council into the future of Oxford Street has opened to the public.

After plans for pedestrianisation were put on hold by the council earlier this year, calls were made for urgent action to tackle the major problems facing Oxford Street, which will become even more acute when the Elizabeth Line opens.

Living Streets, the charity for everyday walking, has campaigned for the pedestrianisation of Oxford Street for years and now wants to see radical plans to improve the street and surrounding neighbourhoods. 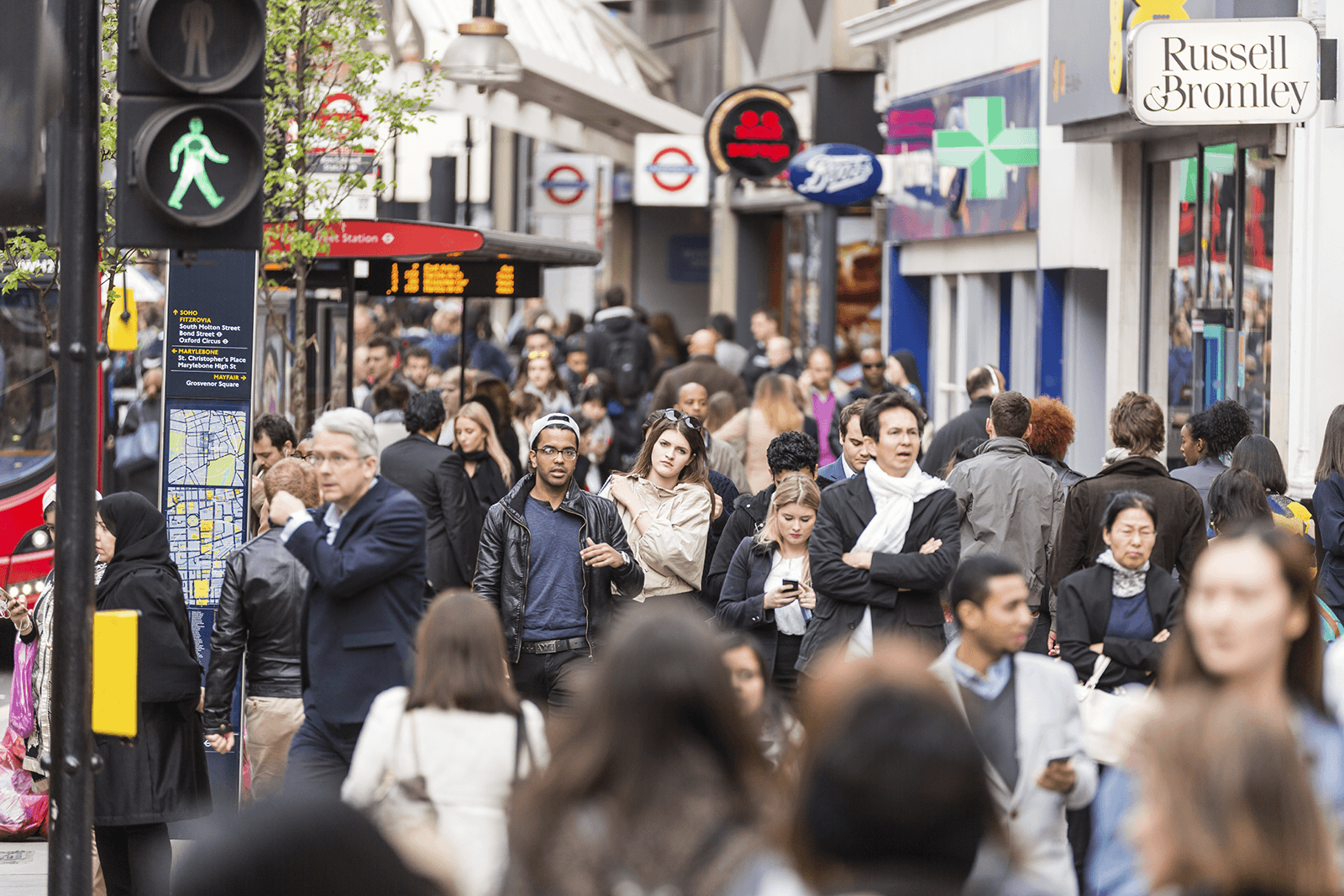 The proposals from the City of Westminster are no doubt a step in the right direction. But the problems of road safety, overcrowding and pollution in Oxford Street, together with the challenge to its retail offer, require a transformative plan and we are not convinced these proposals are enough to meet the challenges facing Oxford Street. We also remain concerned that traffic domination across the wider area is not being adequately addressed.

Living Streets, along with the London Living Streets Group has proposed a number of ideas to tackle these issues such as:

*   the development of Low Traffic Neighbourhoods;

*   reductions in levels of on-street parking and an increase in parking charges;

*   the adoption of a ULEZ across the four neighbourhoods;

*   in the longer-term, support for Road User Charging.

"There are some positive proposals in the draft plan but they could go far further. A more radical approach is needed to tackle the wider problems that the West End faces from too much traffic, high numbers of road casualties and poor air quality. London Living Streets Group wants to see the plan deliver far greater benefits to the surrounding neighbourhoods. We are of course happy to engage with the council, TfL and business and residents groups to turn these ideas into practical plans."

"The council’s timid proposals will not decisively reduce motor traffic in the area as so urgently needed.

"As a result, Oxford Street will continue to be choked by traffic fumes, blighted by overcrowded pavements, and present unacceptable dangers to cycling.

"It’s as if the council actually want it to be an embarrassment among global, 21st century destinations.”

Read the proposals and respond to the consultation here.

Read more about the consultation on the TfL website