The leader of a local group in Manchester has been awarded the Charles Maher Award from Living Streets.

The award recognises an individual, local group, organisation or Local Authority that has made a real difference to their local streets. The award was set up in honour of Charles Maher, a longstanding supporter of Living Streets.

The LRM (Loiterers Resistance Movement) is a Manchester based collective of artists, activists and urban wanderers interested in psychogeography, public space and the hidden stories of the city.

Morag Rose has been leading the Loiterers Resistance Movement and championing walking on the streets of Manchester and elsewhere for over 10 years. She is passionate about walking in the city and encouraging people to explore, enjoy and connect with their streets.

"I am really thrilled to win this award and would like to thank everyone who has come wandering with The LRM over the years. I believe the streets belong to everyone and walking together is a great way to explore, connect with, and make new maps of Manchester.

The LRM is about creative mischief and revolutionary fun; we play games like CCTV Bingo, build giant cake maps and go for walks guided by dice, playing cards or friends all over the world. We welcome anyone to join us for a drift and to help us find the magic in the Mancunian rain.

“Morag Rose is the leading light in the Loiterers Resistance Movement Manchester.  For their 10th anniversary they held an exhibition at the Peoples History Museum: Loitering With Intent: The Art and Politics of Walking. Through shows, dramas and music, it lifted the hearts of 25,000 people.

Morag received multiple nominations, with one saying “(Morag) speaks passionately about disabled access and the architecture of exclusion. She’ll champion the rights of wheelchair users, telling you that walking can involve wheels as well as feet, but she also does much to recognise other less visible types of disability, disadvantage or discrimination that prevent people from enjoying access to the streets.”

The award was presented to Morag Rose at Living Streets' Walking Summit, which took place at Bloomberg, London on Saturday 18 March, 2017.

Living Streets launched their Walking Cities campaign and ‘Blueprint for Change’ document at the Walking Summit, which sets out ideas for better, smarter walking cities. The importance of the role of local campaigners, like Morag Rose, in creating more walkable cities was emphasised at the event. 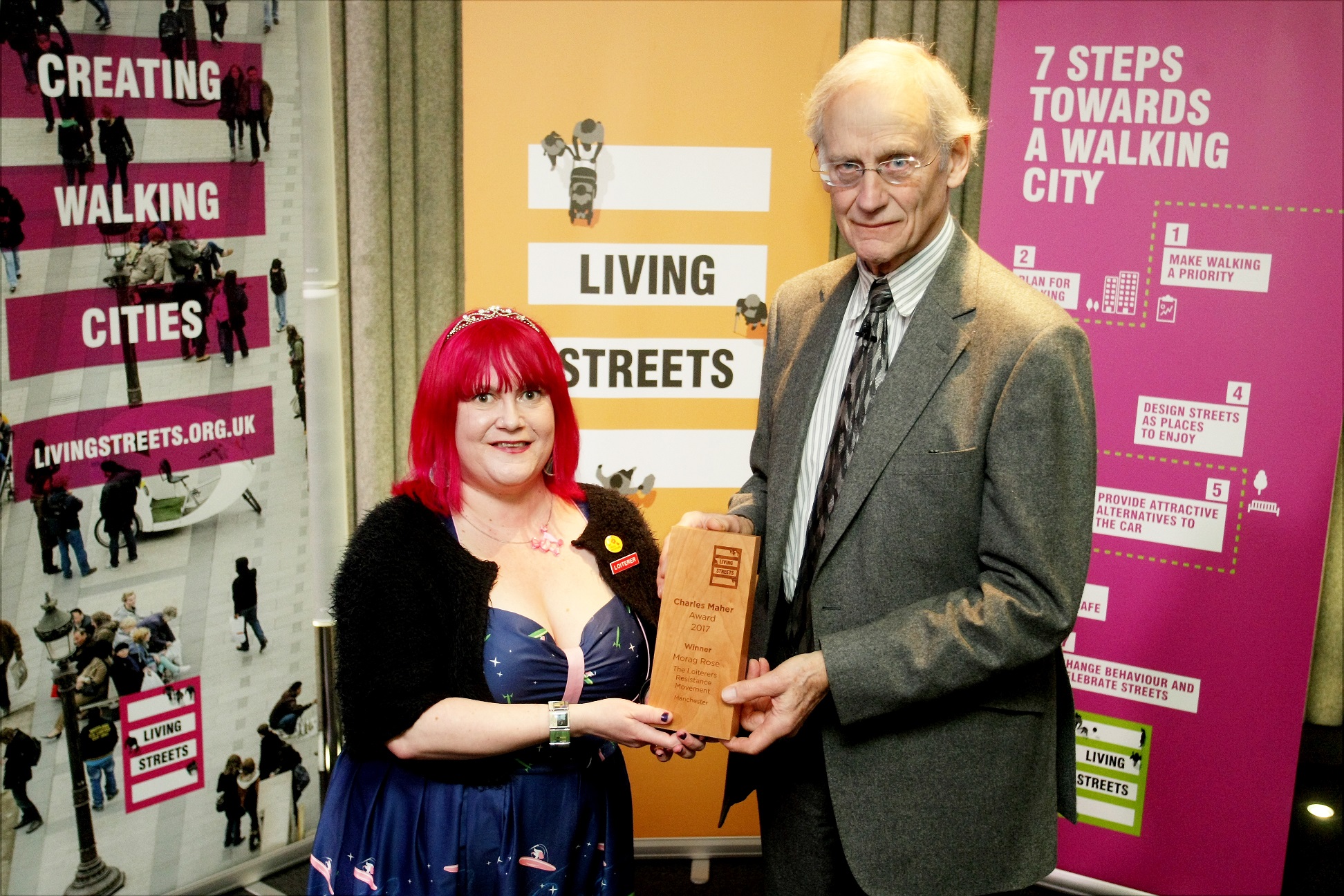