Living Streets, the UK charity for everyday walking is urging West Midlands Mayoral candidates to put walking first by cutting pavement clutter, reducing car speeds and rolling out “School Streets” - closed to traffic at pick up and drop off times.

In ‘A Manifesto for Walking’, Living Streets calls on Mayoral candidates to pledge to:

A Manifesto for Walking sets out key asks of candidates, including a default 20mph limit in built-up areas, more car-free zones, and measures to reduce pavement clutter and create more space for people walking. 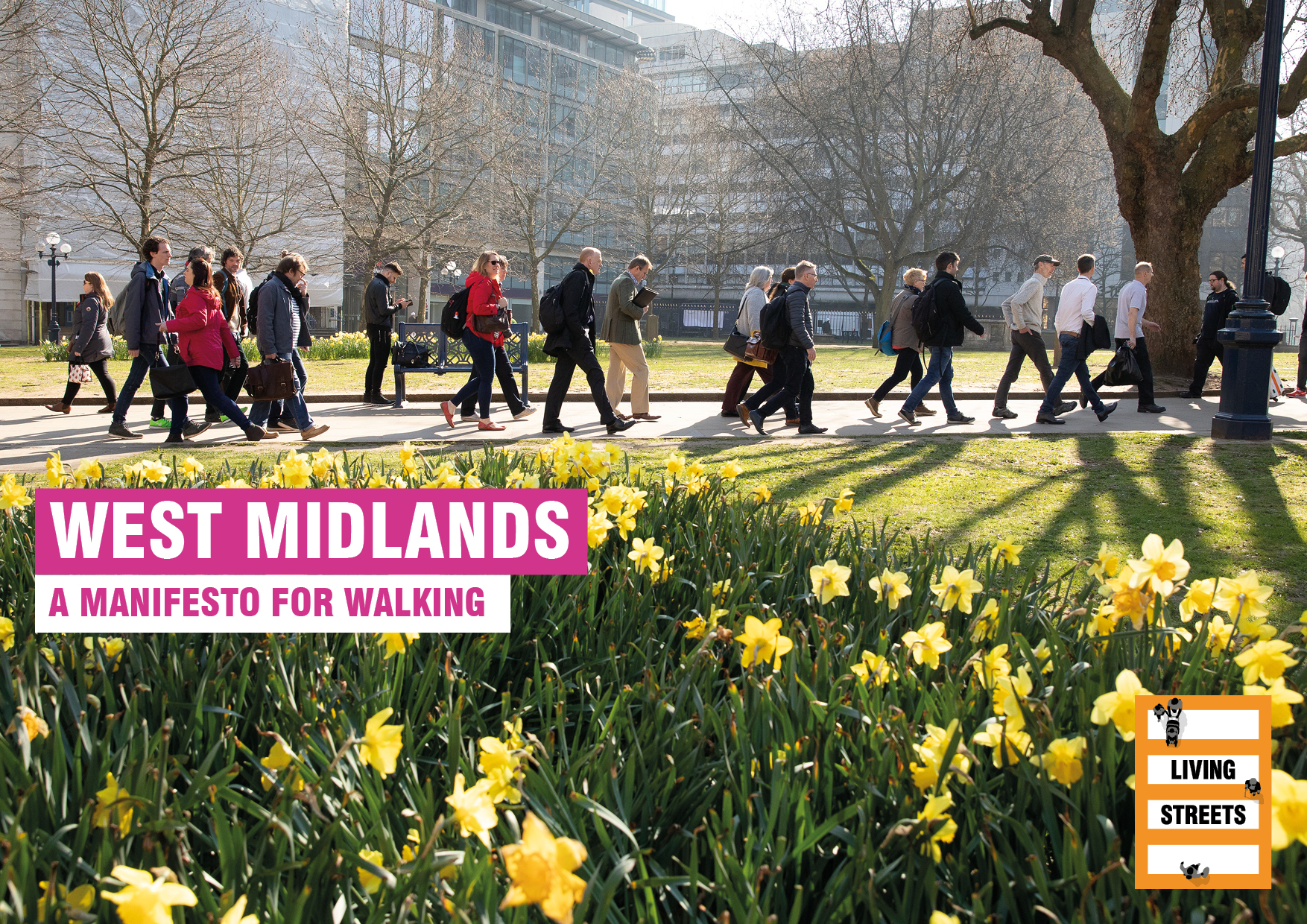 In the West Midlands, pedestrians account for 40 per cent of fatalities on built up roads and 33 per cent of serious injuries. In 2019, 545 pedestrians were killed or seriously injured on the region’s roads.

Meanwhile, Birmingham holds six of the top ten sites for poor air quality across the West Midlands region (including sites in Staffordshire and Worcestershire) and up to 900 people die prematurely each year in the city as a result of air pollution.

“During lockdown, people in the West Midlands rediscovered the simple act of walking – the oldest, cheapest and greenest transport there is. But they are worried about speeding vehicles, dirty air, cluttered pavements, and dangerous crossings.

“It doesn’t have to be like this. Through the Active Travel Fund, change has begun. Now is the time to keep up momentum. Birmingham is making positive progress through its Clean Air Zone proposal - but more needs to be done.

“We will only meet our net zero carbon goals and improve air quality and road safety by getting more people across the West Midlands walking instead of driving. Mayoral candidates can tackle road danger, air pollution and health problems by acting on this manifesto and standing up for pedestrians.”

We need to change walking. Agree?