The award recognises a local group or individual who has gone the extra mile to improve their local community. The award was set up in honour of Charles Maher, a campaigner and longstanding supporter of Living Streets.

Brenda Puech is recognised for transforming a parking space outside her home into a mini park - or ‘parklet’ - creating a game-changing innovative use of street space which was immensely popular and eventually led to parklet permits being made legal in her borough. 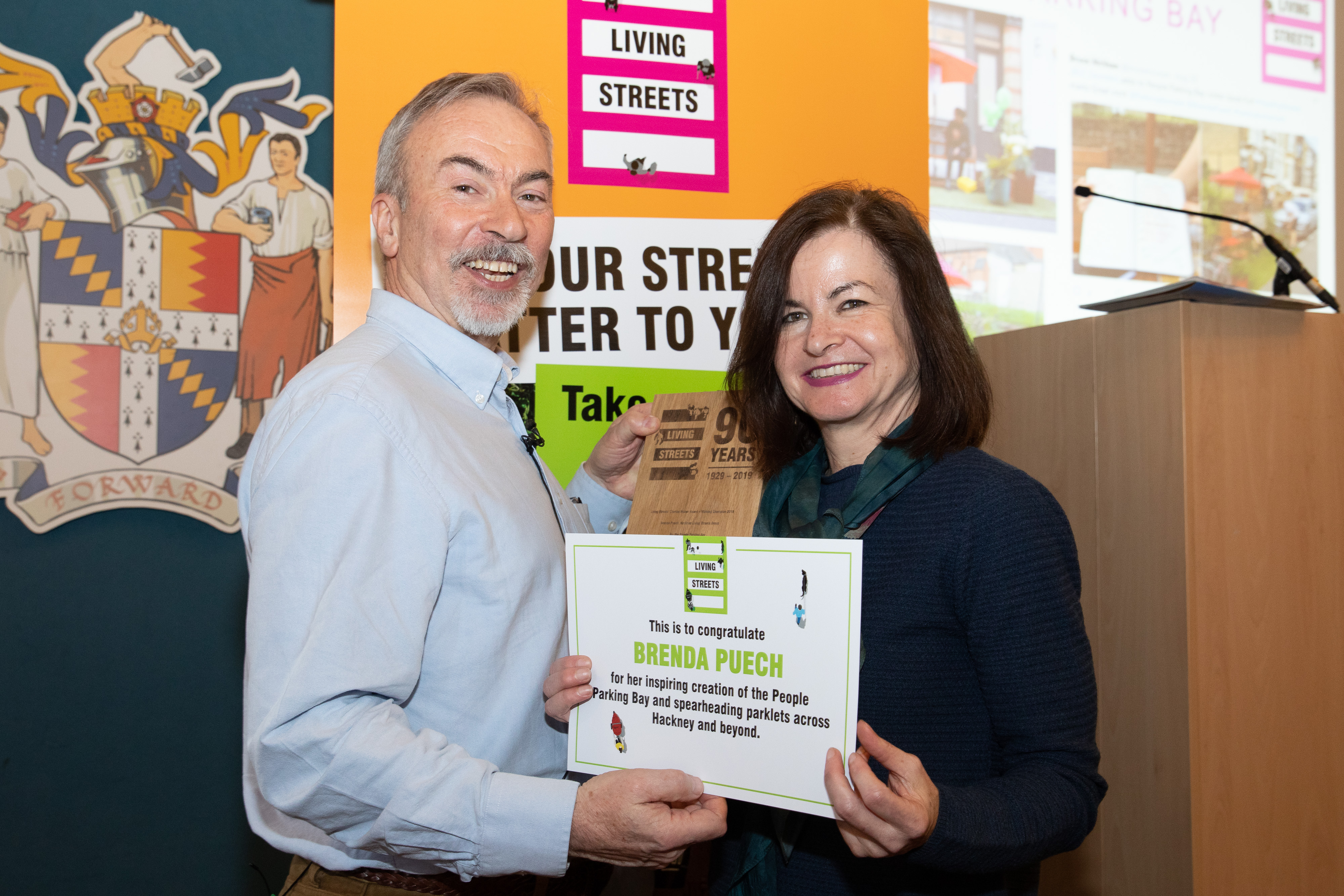 When Brenda created the parklet, the local council asked her to remove it. However, Brenda ensured the parklet received widespread attention on social media and in the news. Brenda launched a petition calling for the parklet to remain; it received over 1,000 signatures, helping the council to recognise the popularity of the idea and how it could support its own policies.

As a result, the council has now launched a trial that allows Hackney residents to turn kerbside parking spaces into parklets, with other London boroughs looking at their own schemes.

“We received a record-number of nominations this year but there was something about Brenda’s story that really resonated with those who voted.

“Thanks to Brenda’s tenacity, her local council has now launched a trial to allow others to do the same. This shift in policy is unprecedented and puts us a position to start reclaiming our streets for people, not vehicles.

"Living Streets will be working with Brenda to create a toolkit for parklets so that other people can follow in her footsteps and reclaim public spaces in their local areas to sit, spend time and watch the world go by."

Also recognised at the Award ceremony, was Gina Kitchin for running WOW – the year-round walk to school challenge in her Special Educational Needs school in Blackpool where she has campaigned tirelessly for improvements to the walking environment in the area since 2012. And Michael Grahn who spearheaded a project to reduce wait times at signalised crossing points cross London, resulting in TfL reducing wait times at 1,000 crossings a year. In time it is hoped that all 6,000 crossings across London will be assessed and wait times reduced.

I am delighted that the community parklet campaign has been recognised in the Charles Maher award. The parklet-permit scheme has the potential to be truly transformative for our streets and communities. 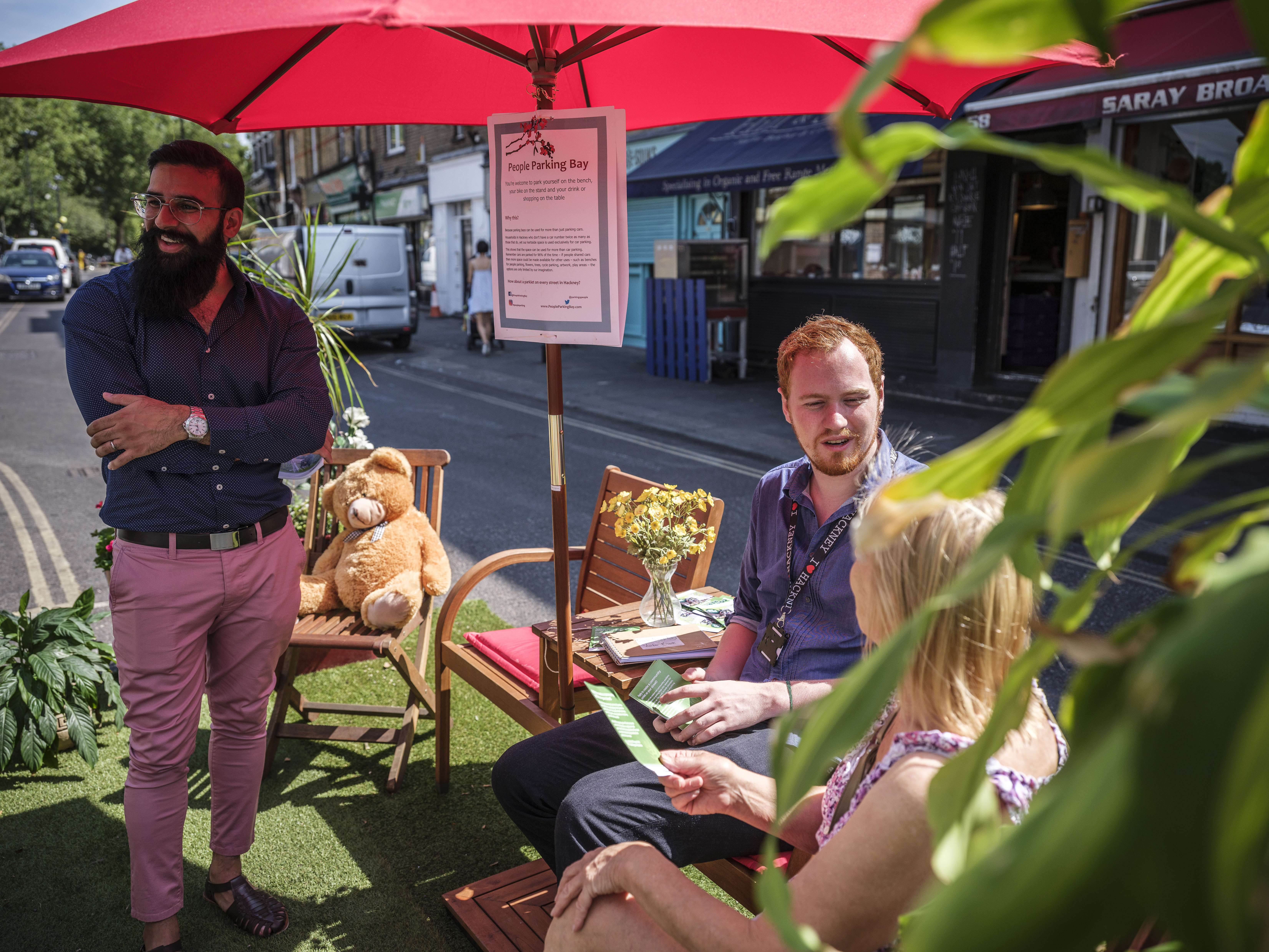 Brenda blogs for us