Cycling and walking groups have repeated their call for an immediate doubling of funding as the Government responds to the Transport Committee’s report on active travel, published today.

The Walking and Cycling Alliance, made up of the Bicycle Association, British Cycling, Cycling UK, Living Streets, Ramblers and Sustrans, wants funding for active travel infrastructure and programmes to increase to £17 per person annually immediately, and £34 per person by 2025. 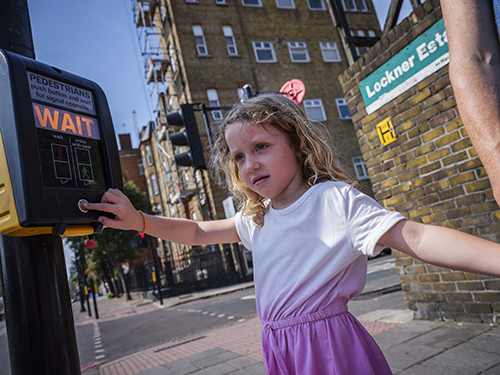 Current funding for cycling and walking is estimated at £7 per person in England, equating to a little over two per cent of total transport spending.

To meet the Government’s targets of doubling the levels of cycling and raising the proportion of children walking to school as laid out in its Cycling and Walking Investment Strategy in England, the Alliance says transport spending on active travel must immediately increase to five per cent of total transport spending, increasing to 10 per cent over the next five years. The Government also needs to move quickly to confirm funding for 2020/21, as indicated by Transport Minister Chris Heaton-Harris earlier this week, and to publish its investment model research which will inform future spending decisions.

“Walking and cycling have huge benefits to our health, but also help reduce road congestion, greenhouse gases and air pollution across the UK. The Government needs to double investment in active travel now - not tomorrow.

“Investment is currently only two per cent of government transport spend – a tiny fraction. The Government has already admitted its current policies will only deliver a third of what is needed to meet its cycling target.

“The Walking and Cycling Alliance wants annual funding for active travel infrastructure and programmes to increase initially to £17 per person in 2021, ramping up to £34 per person by 2025. This would amount to slightly more than a doubling of investment next year, and a further doubling over the next five years. This would take cycling and walking investment up to just 10 per cent of total transport spending, something we have long called for.

“The Government needs to raise its ambition on walking. The last three years’ figures show that it’s realistic that the average person can walk at least once a day, so we believe a target of 365 journeys a year is achievable.”

The Department for Transport’s Cycling and Walking Investment Strategy has targets published in 2017 to:

Jesse Norman MP, the then Transport Minister, said in oral evidence to the Transport Select Committee in May that further investment would be needed if the Government was going to meet its cycling target (Q300, Q304, http://data.parliament.uk/writtenevidence/committeeevidence.svc/evidencedocument/transport-committee/active-travel/oral/101555.html).

Chris Heaton Harris, Transport Minister, said in response to a written parliamentary question from Rosena Allin-Khan on 1 October, “The Government remains committed to the aims of the Cycling and Walking Investment Strategy (CWIS). The Department will confirm shortly with local authorities and others what funding will be available in 2020/21 for various Government-funded walking and cycling schemes. Longer-term funding decisions will be a matter for the autumn Budget and the 2020 Spending Review.”

In its response, the Department for Transport highlights the work it has done to develop investment models to ascertain the funding required to meet the 2025 aims and targets set out in CWIS.