Living Streets, alongside national transport organisations, motoring bodies and charities, has today issued a joint statement asking national government to authorise the use of zebra markings on UK side roads.

The national call for action comes as Greater Manchester has today published new evidence showing that zebra markings on side roads lead to drivers giving way 30% more than where there is no marking. The city-region is asking for permission to roll out a large-scale trial of zebra markings at side roads.

The joint statement, signed by Living Streets, has also been supported by British Cycling, Guide Dogs, the Campaign for Better Transport, The Ramblers, Sustrans and Playing Out as well as motoring body The AA.

“In the face of a global climate crisis and worsening obesity and physical inactivity levels, the need to enable millions more people across the nation to make local journeys on foot is not a choice – it’s an absolute necessity.

“The evidence for side road zebras is compelling, the benefits are overwhelming. It’s time to take a step towards better health; a step towards decarbonation; a safer step in the right direction.”

The latest National Travel Survey showed that just 47 per cent of 5–16-year-olds in England walk to school, down from 70 per cent in the 1970s. Living Streets is the UK charity for everyday walking. In the charity’s early days its campaigning led to the UK’s first zebra crossings.

“The school run is responsible for half a million tonnes of carbon dioxide emissions annually - more than the carbon footprint of some small countries. Switching our short car journeys to cleaner modes of transport is vital to achieve net zero, but we know from our work in schools nationwide that families are often put off walking because streets don’t feel safe and welcoming. 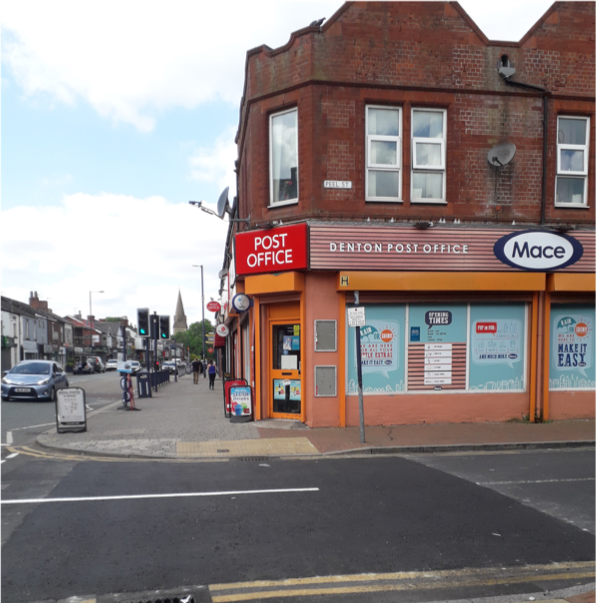 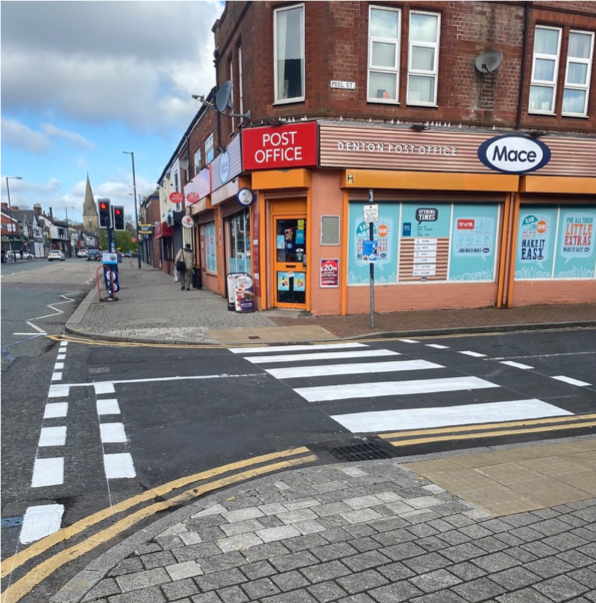 Respondents were asked which road they would feel more confident crossing. 83% of adults chose the second image with the zebra markings. Images c/o TfGM

“Introducing measures like side road zebras into the transport toolkit alongside other crossings will make it easier for families to choose walking and allow more children to enjoy the benefits of being active.”

The proposed side road zebra markings - that do not use expensive Belisha Beacons or zigzags - are in common use across the world to give greater priority to pedestrians when crossing quieter roads. They are also in widespread use across the UK in supermarket car parks and airports and are already authorised for use on protected cycle tracks. The crossings typically cost around £1,000 compared to £40,000 for a zebra crossing with Belisha Beacons.

“This proposal could significantly improve road safety not only in Greater Manchester but also in other parts of the UK where pedestrians can be at risk while trying to cross side roads without markings.

“We already know that zebra crossings work and although they may not be suited to every street, there’s no reason not to have them in key areas to make drivers more observant of pedestrians and help to slow the traffic down.”

Joint statement: national call for government to authorize the use of side road zebras

“In the face of a global climate crisis and worsening obesity and physical inactivity levels, the need to enable millions more people across the nation to make local journeys on foot is not a choice – it’s an absolute necessity.

We know that people won’t leave their cars at home until there is a safe and attractive alternative. Government has presented its bold vision for cycling and walking in Gear Change, but more needs to be done to create safe and attractive routes for walking.

There is no practical crossing under current UK legislation that can be used regularly, and economically, at side roads - and yet 8 in 10 of Brits surveyed by YouGov for Living Streets say that zebra markings would make them feel more confident crossing the road.

To solve this, Greater Manchester commissioned the Transport Research Laboratory (TRL) to conduct research into the impact of using zebra markings on side roads. The research found that:

Most countries across the world already use zebra markings at side roads and they are in common use in private car parks and supermarkets across the UK – a globally recognised sign of an invitation to cross the road - but we do not make full use of it.

We are asking the UK government to make an amendment to the Traffic Sign Regulations and General Directions to allow zebra markings to be used along pedestrian desire lines at the mouth of side roads - just as they are already allowed across cycle tracks. We would also welcome the introduction of a hierarchy of crossings, setting out which crossings should be used in which circumstances, i.e. when a signalised crossing is needed vs when zebra markings are sufficient.

Our national survey also found that 76% of parents have said that zebra markings at side roads would mean they would be more likely to walk their children walk to school.

Not only will side road zebras improve safety, they cost £1,000 per crossing, around 40 times cheaper than a full zebra crossing with a Belisha beacon. Zebra markings are a British invention and were first introduced in the 1940s following campaigning by Living Streets – we must modernise their use, in step with countless other countries.

The evidence is compelling, the benefits are overwhelming. It’s time to take a step towards better health; a step towards decarbonation; a safer step in the right direction.

Together with our members we campaigned for the first ever crossing. Now is the time to campaign to make crossing the road safer for all.