Changes to The Highway Code, including a hierarchy of road users and priority for pedestrians at junctions, are set to come into effect from Saturday 29 January 2022, as confirmed today (DfT release).

Living Streets supported the changes when the Government launched its consultation on the proposals last year (July 2020).

Living Streets is part of the Walking and Cycling Alliance, which has been calling for improved infrastructure for walking and cycling, along with changes to the Highway Code.

The government’s THINK! campaign will soon launch a communications drive, backed by over £500,000 in funding, raising awareness of the changes and ensuring road-users across the country understand their responsibilities. The campaign will run across radio and social media channels, with further campaign activity to follow later in the summer.

“The Highway Code currently treats children walking to school and lorry drivers as if they are equally responsible for their own or other people’s safety. These changes will redress that balance.

“People walking cause the least road danger but are often left paying the price, with pedestrians accounting for over a quarter of road deaths. Road users who have potential to cause the greatest harm should take the greatest share of responsibility to reduce the danger they pose.

“Whether we choose to also drive or cycle, we are all pedestrians. These proposed revisions will benefit us all.” 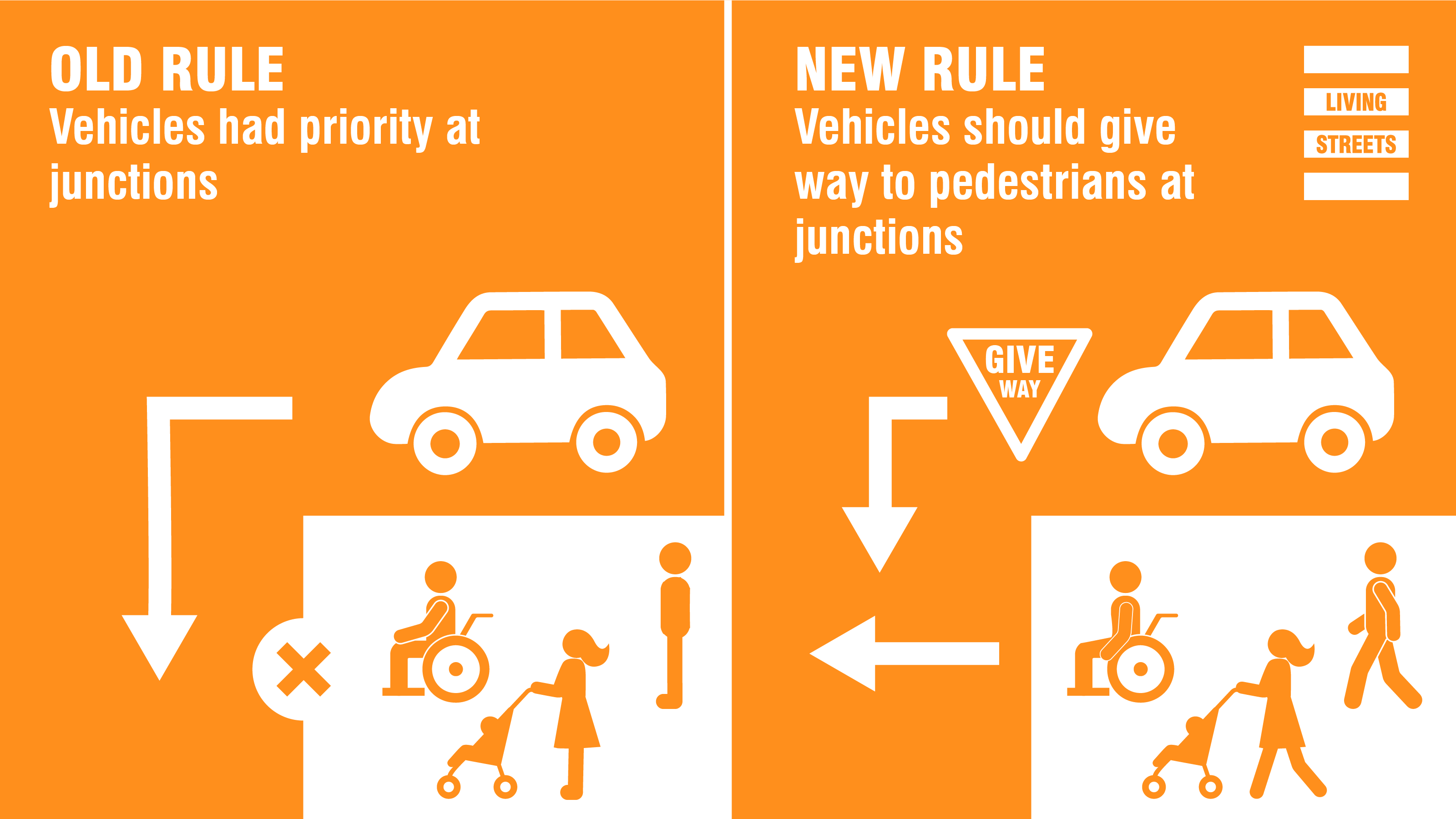 Find out more about our Highway Code campaign