Parents are put off walking their child to school because of air pollution, despite driving to school making air quality worse and exposing children to even more pollution inside the car.

Concerns are significantly higher for parents in London, with 78 per cent concerned about the impact on health and 68 per cent about levels of air pollution around the school.

Ella Kissi-Debrah died as a result of respiratory failure in February 2013. Asthma and air pollution expert Professor Stephen Holgate authored the report which concluded there was a "striking association" between Ella's emergency hospital admissions and spikes in nitrogen dioxide (NO2) and PM10s, the most noxious pollutants. 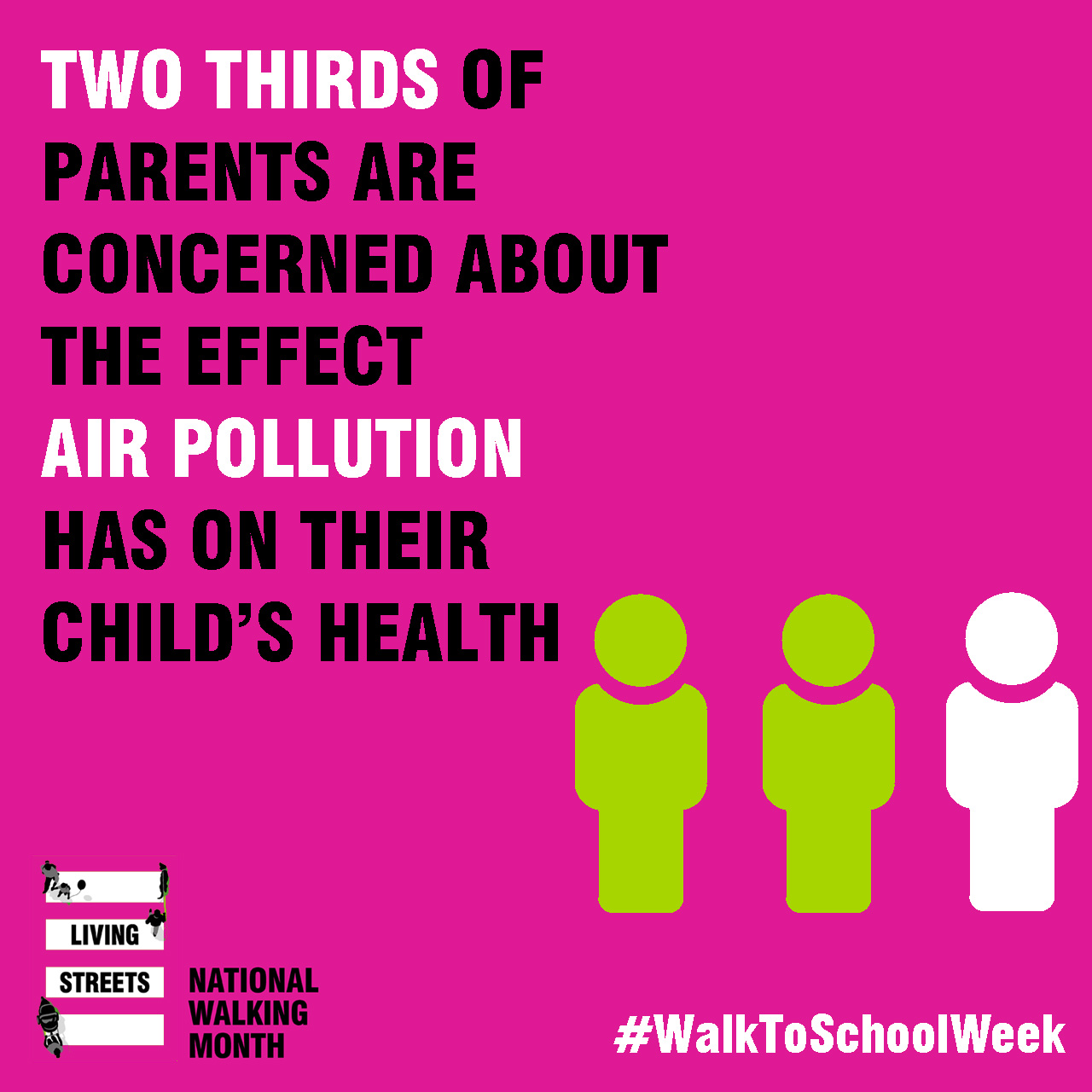 “Children are among the most vulnerable members of society to suffer the adverse health effects of air pollution, especially since their lungs are still developing and growing.

“Exposure to pollution can be far higher sitting in the back of a car or in a bus than outside. Exercise and activity by children, as well as socialising among friends, is greatly improved by active travel with many added benefits to the health and well-being of our next generation.”

In 2018, Living Streets called for cars to be banned from school gates at pick up and drop off times to allow children to walk the last part of the journey to school, free from traffic. Since then, more schools and local authorities have successfully taken action to reduce the number of vehicles around the school gates. The charity wants to see this taken nationwide.

The charity will launch its School Streets toolkit to help parents who want to stop cars driving and parking dangerously around their child’s school and contributing to toxic levels of air pollution.

“This research shows that we’re all becoming more aware of the dangers of air pollution on our health. What’s concerning is that parents are put off doing the one thing which could drastically improve the air quality around their child’s school.

“Walking to school is a positive action parents can take to help clean up our air. We know this isn’t an easy option for all parents which is why we’re launching our School Streets toolkit to help make the walk to school an easier choice for everyone.

Walk to School Week is a great way for families to give walking to school a go and see how it could fit into their day. We hope to encourage as many families as possible to swap four wheels for two feet during Walk to School Week and see what difference it makes to their health and happiness. 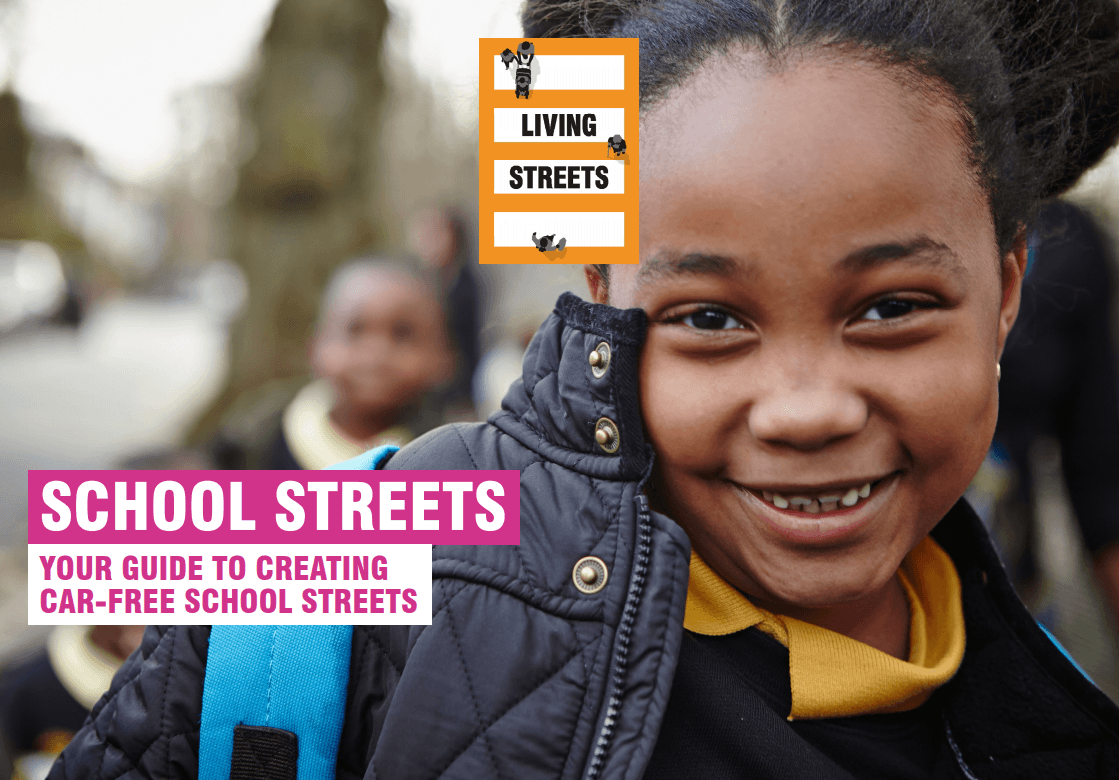 Get your free School Streets Toolkit.

“Walking and cycling to school is a key part of cleaning up the air around our homes and schools. We know toxic air can stunt children’s lung development, it can cause asthma, and it can increase a child’s chance of developing lung disease in later life. Children are often exposed to the highest levels of pollution inside a car on their commute, and many people are unaware you can be surrounded by more air pollution inside a car than walking along the street. If more people walked to school, it really would make a big difference.”

Hackney Council is one of the local authorities to have successfully introduced School Streets. A third of Hackney’s schools will have School Streets by 2022.

“Our pioneering Schools Streets show that we can encourage more children to walk and cycle to school by reclaiming our roads from motor traffic.

“Since we launched the UK’s first camera enforced School Streets, we’ve seen traffic outside the schools reduce by around two-thirds. This improves air quality and has seen a real change in how children travel to school.

“We’re proud to be supporting Walk to School Week, and we’ve just launched a free toolkit to help local authorities across the country implement School Streets, which complements the kit Living Streets has released to help parents campaign for them in their area.”

Edinburgh City Council’s School Streets scheme has seen the streets immediately outside several of the Scottish capital’s primary schools closed to motorised vehicles at peak times. Garnetbank Primary School in Glasgow will be following in their footsteps in June.

“Our school is next to a main motorway, an area recognised as having high levels of air pollution. By making it possible for our pupils to walk to school, we can improve the environment and help them lead healthy lives.

“A climate emergency has been declared; we are looking at the whole school community to do something and push for positive change to reduce global warming. We encourage our children to spend time with nature, we know it is good for their bodies and their minds – and they enjoy it.”

Half a million children across the UK will take part in Walk to School Week 2019, with some schools being supported to take part by National Walking Month sponsor, Phoenix Group. 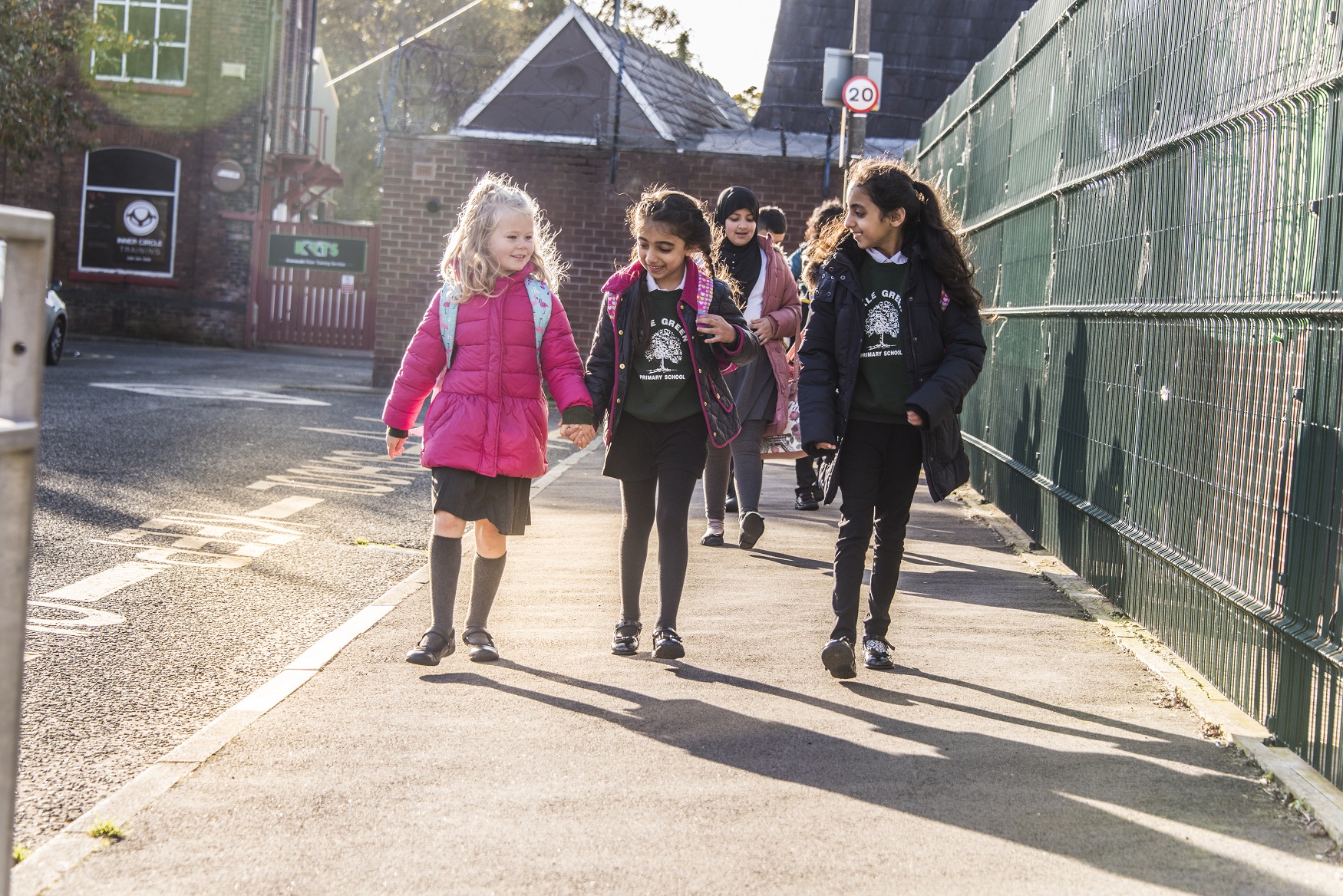 [3] Health risk is higher inside the car: https://airqualitynews.com/2016/02/16/higher-air-pollution-health-risk-inside-car-study-finds/