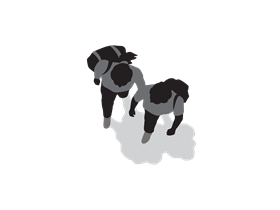 On 18 March Living Streets held our first ever Walking Summit. Tompion Platt, Head of Policy and Communications at Living Streets recounts his highlights of the day.

The Walking Summit was a huge success with over 250 attending and some fantastic speakers.The event brought together Living Streets supporters, members, partners and decision makers. And it also provided the perfect backdrop for the launch of our new flagship Walking Cities campaign. 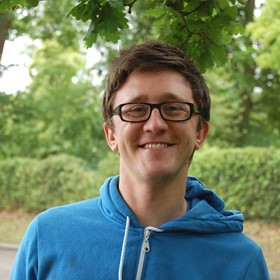 Our first speaker was Janette Sadik-Khan, former New York City Transportation Commissioner. Janette has been credited, along with the then Mayor Bloomberg, for transforming New York for people walking and cycling. She described her time as Commissioner and the everyday ‘Street Fight’ she had to go through in order to change the status quo to change New York’s Streets and public spaces. She stressed the importance of strong political leadership, doing things quickly (often using paint and deck chairs) and the need for data (in Bloomberg’s words, ‘in God we trust, everyone else, bring data’).

Valerie Shawcross is a long time champion for pedestrian friendly streets, speaking at the Living Streets supporters conference back in 2015 as a London Assembly Member. So we were delighted to welcome her back in her new role as London’s Deputy Mayor for Transport and to hear about her ambitions for London. Val introduced London’s new Healthy Streets approach and stressed the role of walking at the heart of her vision for London’s streets and transportation. Val called on Living Streets supporters to keep banging the drum for walking in order to help her push through the ambitious plans she has for the capital.

A real highlight was hearing from Will Norman, London’s new Walking and Cycling Commissioner. Will said it was great to be speaking at his first official event about walking - something he is passionate about. He mentioned that he feels walking had been undervalued in the recent policy debate and wants to make London the greatest city in the world for walking. Will talked about the ‘fairness’ of our current transport system - pointing out that those who suffer disproportionally from the negative impacts of road traffic are often the poorest and most vulnerable. A more walkable London would reduce health inequalities and improve the quality of life for all Londoners, he said.

Videos from the day

Click here to view all the videos from the day

View all the presentations

We also have links to some of our speaker's slideshows for you to view at your leisure.

Ben Still, Managing Director, West Yorkshire Combined Authority and Director of the Urban Transport Group asked us all to remember there was life outside the M25 (receiving a cheer from the crowd) and highlighted some of the fantastic programmes happening in places like Leeds to reprioritise streets away from the private car towards people walking, cycling and public transport. Ben outlined how devolution is already having a positive impact but explained that more is needed to allow bolder, more far-reaching transport interventions and better joined-up thinking between polices and transport, the economy and public health.

Riccardo Marini, Masterplanning and Urban Strategy Expert at Gehl Architects spoke about the ‘Art of the Possible’. Riccardo gave a lively and thought-provoking presentation in which he challenged city leaders to be more ambitious, to create cities for everyone (including children and old people), and to prioritise people’s happiness above all else. In Riccardo’s words ‘I’m a human, cities are for us!’

These presenters gave us all much to discuss and conversation was sparked outside of the summit on Twitter - #WalkingSummit was trending number 1 in London. 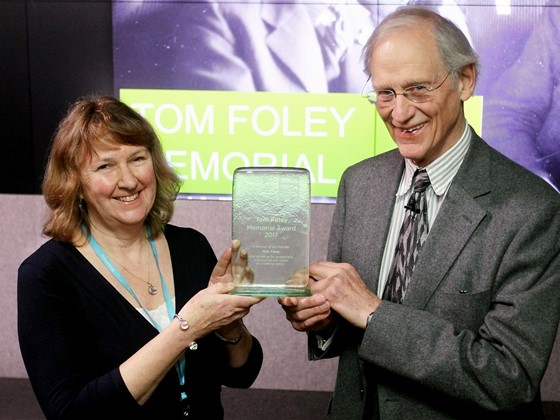 The theme for the afternoon session was the role advocates can play in encouraging city leaders to put people before traffic. A fitting start to the afternoon was the presentation of a memorial award to Living Streets campaigner and founder Tom Foley – it was great to celebrate the role Tom played in campaigning for better streets for walking. We were delighted to have his granddaughter Catherine join us and accept the award on Tom’s behalf and hear a few words from current President, Terence Bendixson, who had met Tom Foley many years before and been inspired to campaign for walking ever since.

We went on to celebrate this year’s winner of the Charles Maher Award. The award recognises an individual, local group, organisation or Local Authority that has made a real difference to their local streets. The award was set up in honour of Charles Maher, a longstanding supporter of Living Streets. This year’s worthy winner was Morag Rose, who has been leading the Loiterers Resistance Movement (LRM) and championing walking on the streets of Manchester and elsewhere for over 10 years. The LRM is a Manchester based collective of artists, activists and urban wanderers interested in psychogeography, public space and the hidden stories of the city.

The Summit ended with the launch of Living Streets’ new Walking Cities Campaign and Walking Cities Blueprint for Change. The Blueprint outlines seven steps for city leaders to transform cities for people and make them world-class places for walking.

The Summit was followed by Living Streets AGM with Trustees and Members. 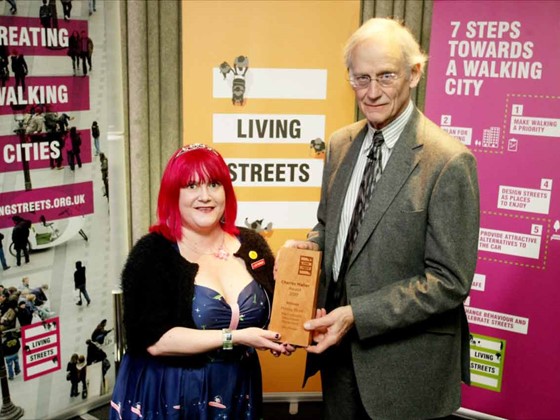 It was a fantastic day and we were delighted with such a positive reaction from those in the room and online - over 300 people joined the event via Periscope. Thank you to all our speakers, our chairs and staff who made it a day to remember.

And thank you once again to Bloomberg for their incredible generosity hosting and catering the event.

You can see any of the presentations from the day here.

If you're interested in campaigning at a local level, please get in touch with our Campaigns Manager Ruth Billingham.

We need cities designed around people not vehicles. And now's the time to put the case.