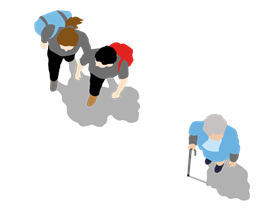 Imagine a street where you didn't need to watch your back for cars and you had the whole expanse of the road to enjoy with your neighbours.

World Car Free Day, the annual event on 22 September, provides just that - and our Engagement Manager, Aisha Hannibal, loves it. 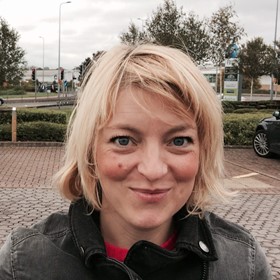 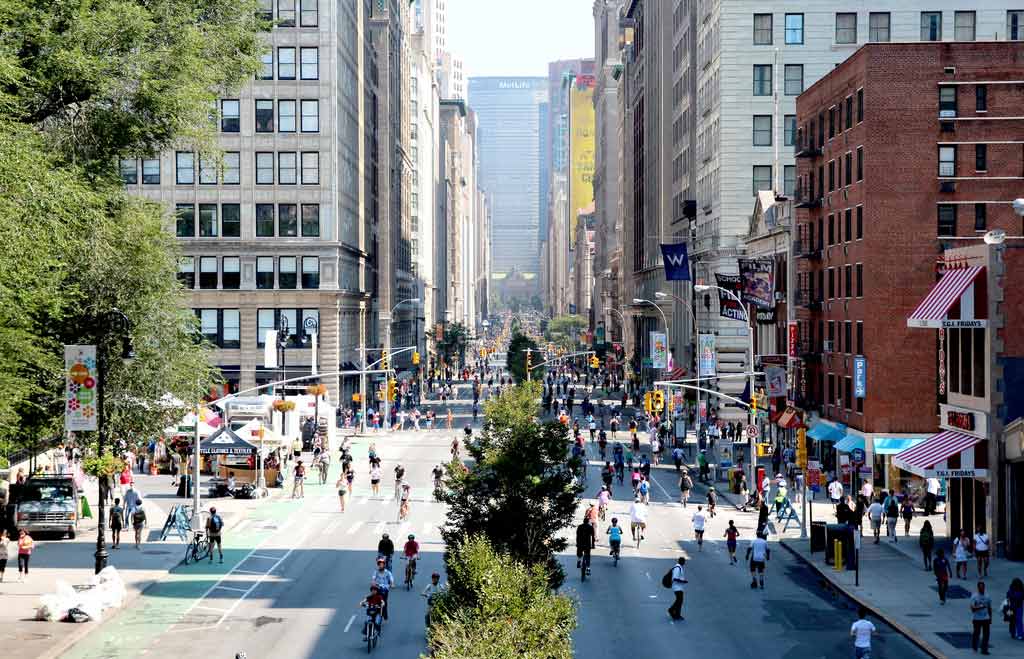 Photo by NYCStreets / CC BY

In 2008 I was running a community film course. While researching about transformative cities I stumbled across some footage of the weekly car free event in Bogata, Colombia.

I was blown away seeing an empty flyover dual-carriage way transformed into a public space with couples ambling along, people setting their own pace and every set of wheels from rollers blades to tricycles.

By removing cars it revealed the city beneath and the people who live in it, work in it and make it thrive.

In Jakarta, Indonesia, they have responded to issues such as high pollution and low air quality by closing many streets every week.

New York's Summer Streets campaign replaced cars with fake grass and loungers with record numbers of people flooding in for the novelty of lying in the road.

Car Free Day reveals the potential of our cities and provides an opportunity to pilot people centred planning infrastructure and different models of managing public space.

We talk about creating a walking nation and alongside the cheers we hear some of you say "Are you having a laugh? I can't even leave the house because of the pavement parking on my street. Our streets aren't safe for walking. Our cities are car-centric, car-dominated and car-biased."

It is hard to see the big vision when our daily lives are filled with the frustration of getting around the city on foot, in a wheelchair, with a pushchair or by bike.

Begun in 2000, World Car Free Day provides a sneaky peak at the vision that we talk about where everyone on two legs or wheels can reclaim the streets for themselves.

In a snapshot it allows us to see the reality of our Walking Cities campaign by making walking a priority and demonstrating how street space can be used.

Spotlight on the UK

Healthy, clean and safe cities for all.

Lessons around the world show you can make streets for people easily and cheaply and these changes can be popular.

We are working in places such as Cardiff, Greater Manchester, the West Midlands and London to make sure they’re introducing clean air zones that discourage unnecessary car trips, investing in walking, cycling and public transport and creating Walking Cities.

Find out what we are asking for in our target cities...

More on our Walking Cities campaign

Fairer and more humane cities for people with disabilities.

Inaccessible streets, crossings and public spaces are a daily obstacle for people with mobility issues and disabilities.

Not only is this frustrating but it prevents people from accessing the places they want to go, the work they want to do and the contribution they can make.

For those that feel isolated, anxious or vulnerable, busy streets can be noisy, over-crowded and intimidating.

Carfree events provide a chance for people to experience their streets when provision is made that considers accessibility. This forms part of a wider conversation about what is needed in our cities to remove obstacles that limit movement.

Growing and changing streets for the needs of our community.

As part of Car Free Day, councils are building on positive initiatives shown around the world.

In the London Borough of Hackney parking bays will be transformed from places for your car to 'parklets' with planters and chairs to reflect the needs of the majority of urban dwellers that don't own cars. Read more about Hackney Living Streets Local Group who will be hosting events in Shoreditch -  Putting the Park into Parking here.

Street parties have provided a way for neighbours to celebrate royal weddings and jubilee anniversaries for centuries. But they can occur any day of the week with permission to provide places to play, to eat and to transform the mundane to the people's domain.

Beyond the opportunities that Car Free Day provides to celebrate our streets for people, Playing Out puts the focus on children's 'right to play' and to do it outside their front door.

Photo by ikhlasulamal / CC BY