Imagine an end to pavement parking in Wales. Well, we're almost there!

The Welsh Government has proposed changes that will allow local authorities to enforce against pavement parking where it is causing an unnecessary obstruction to people on the pavement.

This is a positive step as it will allow local authorities to act without having to implement traffic regulation orders.

Currently this power is held by the police - who don't enforce against parking on the pavement. Guidelines will be issued to local authorities setting out exactly what this means.

Living Streets Cymru and its allies are working with Welsh Government officials on the roll out plans. 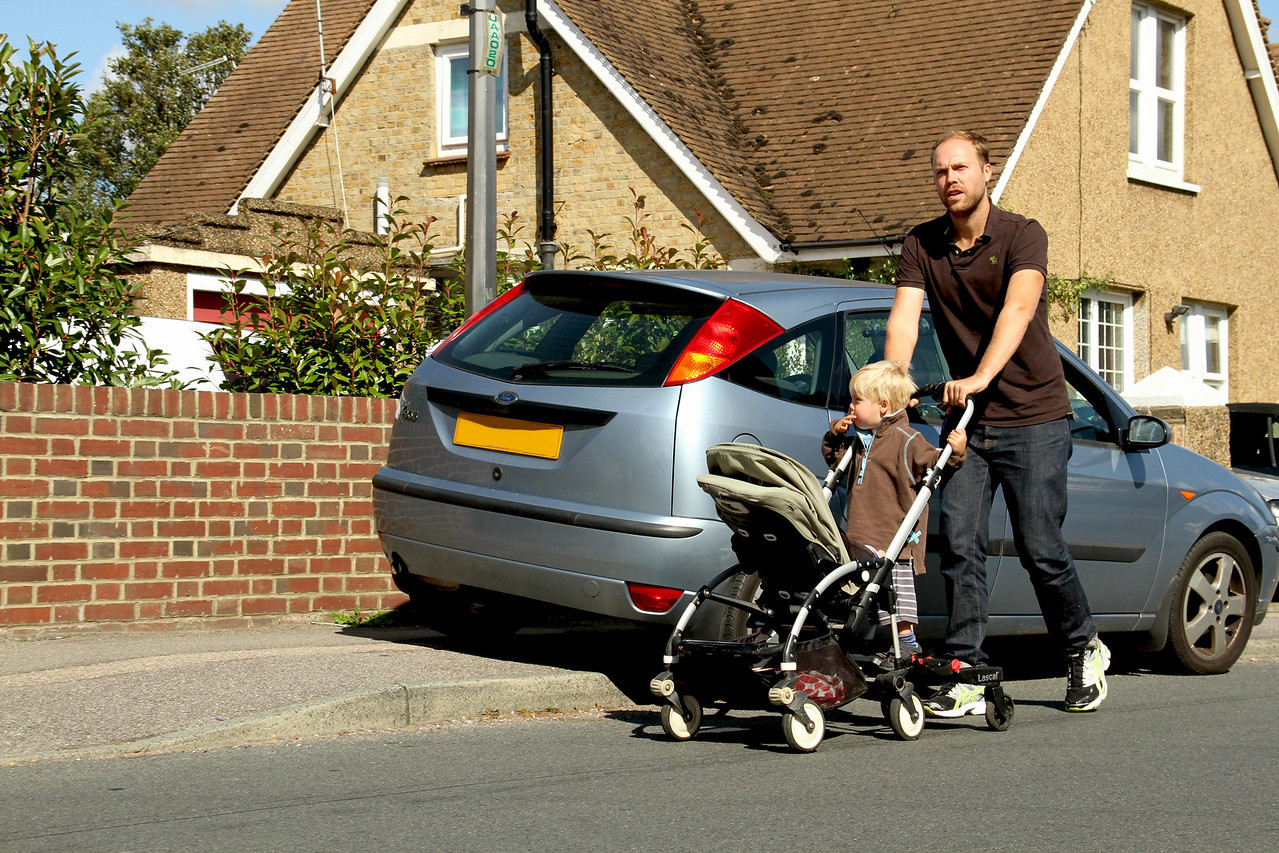 The Welsh government's proposal isn't the outright ban we are calling for, but it's a positive step forward because, it promises to make it easier to for councils to act against the worst offenders.

The proposal forms part of its Legislative Programme 2021-2022. New powers will extend to the carriageway as well as the footway. This is slightly more than originally envisaged (additional powers over the carriageway) and will require additional public consultation. However, this option means the Welsh Government can push ahead without needing involvement from Westminster.

New guidance for local authorities is currently being drawn up which will also help to ensure a consistent approach is taken across Wales.

We asked people in Wales how pavement parking affects them

We have compiled the responses into a new report - and numbers are emphatic...

Pavement parking is a common, large or very large problem

“People use the pavement as a car park and it’s dangerous for everyone. I use a wheelchair and if the pavement is not wide enough, I can’t get past. It’s particularly bad for blind people – at least I can see the cars. People just don’t think. It shouldn’t be like this; pavements should be for people.”

"The Living Streets Cymru report highlights the real blight for communities caused by pavement parking. Welsh Government is looking at ways to address this problem as part of our wider response to the climate emergency, the air quality crisis and the obesity epidemic."

“We want a default ban in Wales with an exception allowing pavement parking on specially designated streets. We need safe and accessible pavements to encourage people of all ages to walk more, and we are working with the Welsh Government to stop this dangerous practice.”

DOWNLOAD OUR POSTERS AND PUT THEM IN YOUR FRONT WINDOW OR IN LOCAL COMMUNITY CENTRES.

Remember you should never put literature on car windscreens. 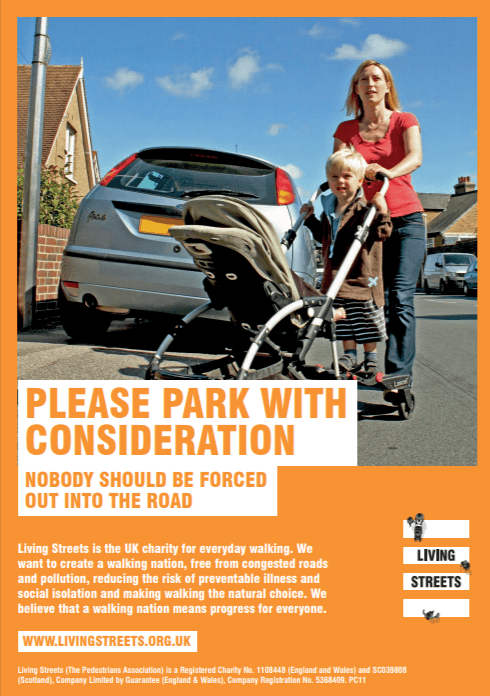 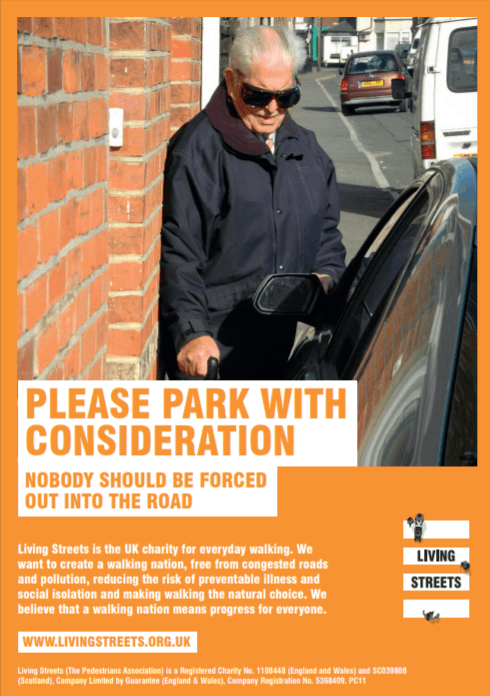 We did it! Scotland has voted to introduce a nationwide ban on pavement parking.

Find out more about our successful campaign in Scotland.

The Transport Select Committee published its report on pavement parking calling on the Government to stop stalling and introduce a ban.

More than 4,000 Living Streets supporters contributed to our submission - watch video of this now on our campaign page.

And in 2020, the Government consulted on a national ban and more than 7000 Living Streets supporters helped with our response. We’re now waiting for Government to make a decision.

How your stories made the case against pavement parking

We have created an action pack on each of these issues so you can get your local decision-makers on the case and raise awareness in your area.

What you can do now