Pupils at Ewell Grove Primary School in Surrey celebrated International Walk to School Month by welcoming their local MP and Secretary of State for Transport, Chris Grayling for their morning walk to school. 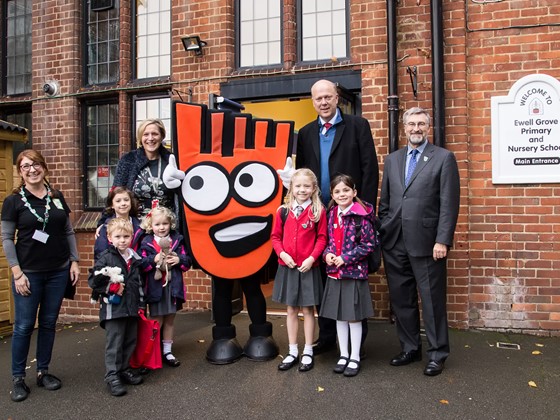 The school takes part in WOW, Living Streets’ year-round walk to school challenge, which currently encourages almost 400,000 children to get walking across the UK. Walking rates have increased by 40% within a year at the school with 60% of pupils now walking to school.

Chris Grayling MP was shown the Living Streets Travel Tracker, the interactive system which tracks how children have travelled to school and is used to monitor the scheme’s success. He spoke with children who are walked to school about the benefits they’re experiencing before handing out WOW badges to children who travelled actively.

“Congratulations to all the dedicated walkers receiving their WOW badges this October.

“I'm a zealous pedestrian so I think it is fantastic that so many children at Ewell Grove School walk to school. It is a great way for children to keep fit and healthy. It can be fun and sociable too and tackles local congestion."

I would like to see more parents and pupils choosing to walk to school, not only in Ewell but nationwide. With International Walk to School Month running this October, hopefully more people will follow in these pupils’ footsteps.

“It’s really great to have Ewell Grove Primary School on board our WOW challenge. Walking to school is an enjoyable experience and is an easy way for children to fit some valuable exercise into their day, at a time when there is a looming crisis of physical inactivity.

“What’s more, teachers tell us that pupils who walk to school arrive feeling more alert and ready to learn.

“I’m delighted that local MP and front bencher Chris Grayling was able to join us to see WOW in action. October is International Walk to School Month so it’s a great time for everyone to try swapping four wheels for two feet.” 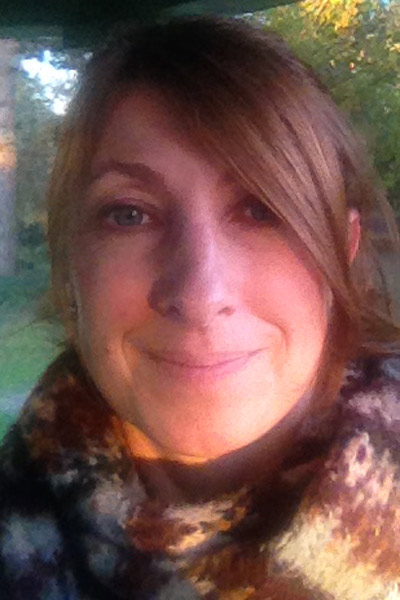 I’m Surrey’s Living Streets coordinator for WOW - the year round national walk to school campaign and my job is to encourage and support more children and their families to walk to school – helping to reduce congestion and local air pollution and seeing healthier and happier children in the process.

I say ‘my job’ but I don’t do it alone. I have an ‘interesting’ colleague helping me spread the walk to school message – Strider, a giant orange, googly-eyed foot!

And as you can imagine – he does tend to steal the show somewhat.

Strider had to share the spotlight with Chris Grayling, though.

The morning with Mr Grayling was a lot of fun with head teacher Mrs Keane, Strider, Living Streets Chief Exec, Joe Irvin, and myself greeting the children and their families at the school gates and handing out WOW badges to all those who had walked to school that morning.

We had a special assembly to thank the school for their impressive walking rates – an increase from 43% to 60% since joining the WOW campaign in 2016!

Mr Grayling spoke to the children about his job at the Department for Transport and told the children a bit about the future of space rocket travel in the UK – they were all super interested to hear about that! The children sang ‘Big Red Combine Harvester’ to close the assembly – with Strider joining in on the actions of course.

School visits are a rewarding part of my job and on Friday this was captured in the comment of a teacher as she turned to me during the assembly and whispered ‘there’s a real buzz of excitement and energy in the school this morning’.