The award recognises a local group or individual who has gone the extra mile to improve their local community. The award was set up in honour of Charles Maher, a campaigner and long standing supporter of Living Streets.

Pauline Johnston is recognised for her involvement in helping Levenshulme develop the first community led ‘Filtered Neighbourhood’ for the Bee Network, Cycling and Walking Commissioner Chris Boardman’s active travel plan for Greater Manchester. Filtered neighbourhoods use modal filters like bollards or planters to let pedestrians and cycles through, but block access to cars. 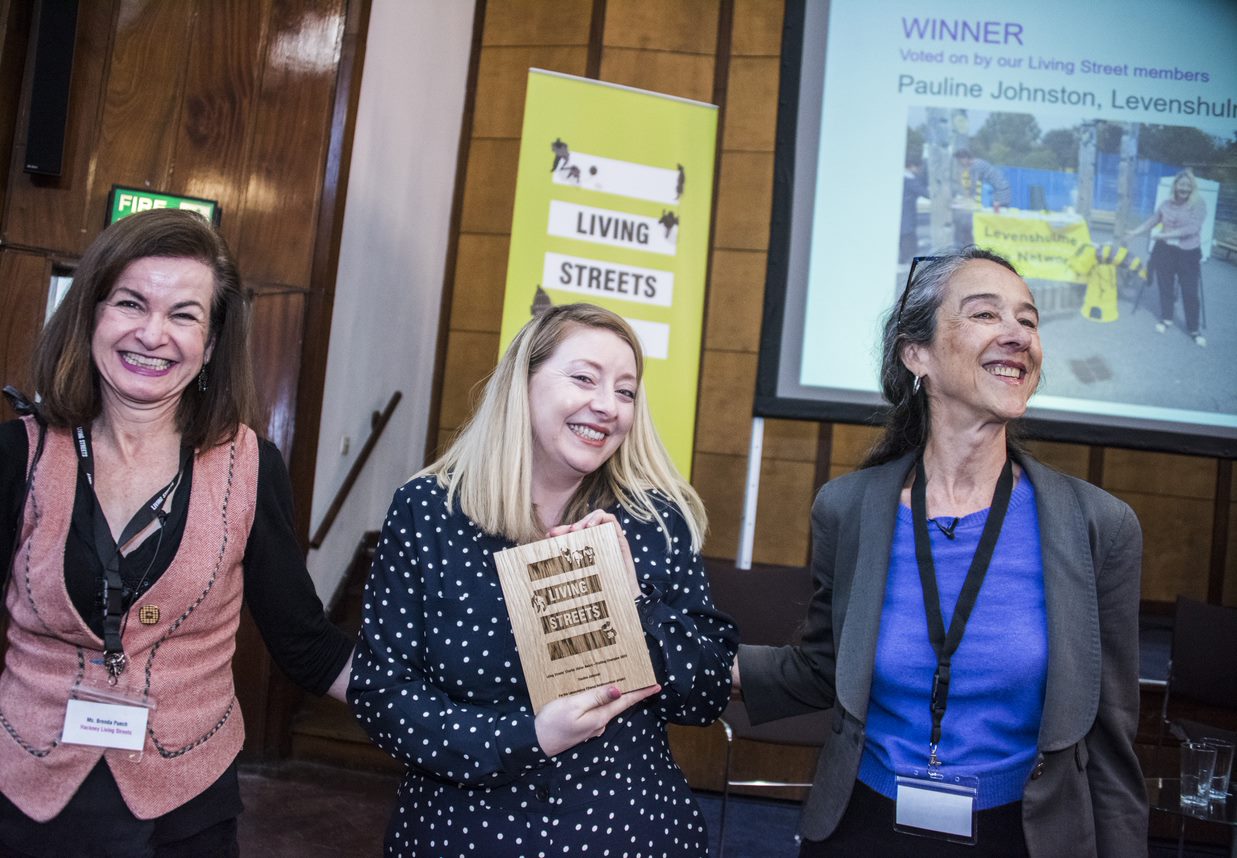 Pauline worked with the community to submit an ambitious plan for Manchester City Council to support ‘Our Active Neighbourhood’ and has since developed a team of volunteers and transport professionals to help create the vision. The team has worked with a large percentage of Levenshulme’s 17,000 community members, including schools, businesses and other community groups to get their views on how best to improve the area for cycling and walking and to improve air quality. Levenshulme’s aim is to be a safer, healthier and happier community and area wide filtered neighbourhood trials begin this summer which will see the area transform into a place to walk, cycle or wheel safely.

Pauline’s passion for improving her local area for air quality, safety and healthier happier community living shows no bounds and she continued steering the project even while she was heavily pregnant – and she accepted her Charles Maher Award at the Living Streets’ National Walking Summit with 4-week-year-old Camille in tow.

I am over the moon that the Levenshulme ‘Our Active Neighbourhood’ Filtered Neighbourhood project has been recognised in the Charles Maher Award. The desire for cleaner air and safer streets has brought the community together as we aim to improve our quality of life – and it will be fulfilling when we see the results of the changes planned soon and get more people to walk and cycle.

"I would like to dedicate the award to everyone who’s been involved in the project, especially the Levenshulme Bee Advocates for volunteering their skills and time – it really couldn’t have happened without their hard work and dedication.”

“We received a lot of nominations this year but there was something about Pauline’s project that inspired people to vote for her.

“Thanks to Pauline’s enthusiasm and commitment, Levenshulme will be a better place to live,  work and visit. Residents will feel more confident to walk or cycle for short journeys which benefits their health and wellbeing as well as reducing air pollution.

“Living Streets will be following the project’s progress and I’m sure that many will be motivated by Pauline and her team to reclaim public spaces in their local areas for walking.”

Also recognised at the award ceremony was Ysgol Hamadryad, a Welsh-language primary school in Cardiff which has made walking and cycling the first choice for pupils and parents. The school runs a daily walking initiative and has a zero car approach, which has impacted on walking and safety in the local area by reducing cars for the school drop off and pick up – and sharing what it has done with other schools around the city. 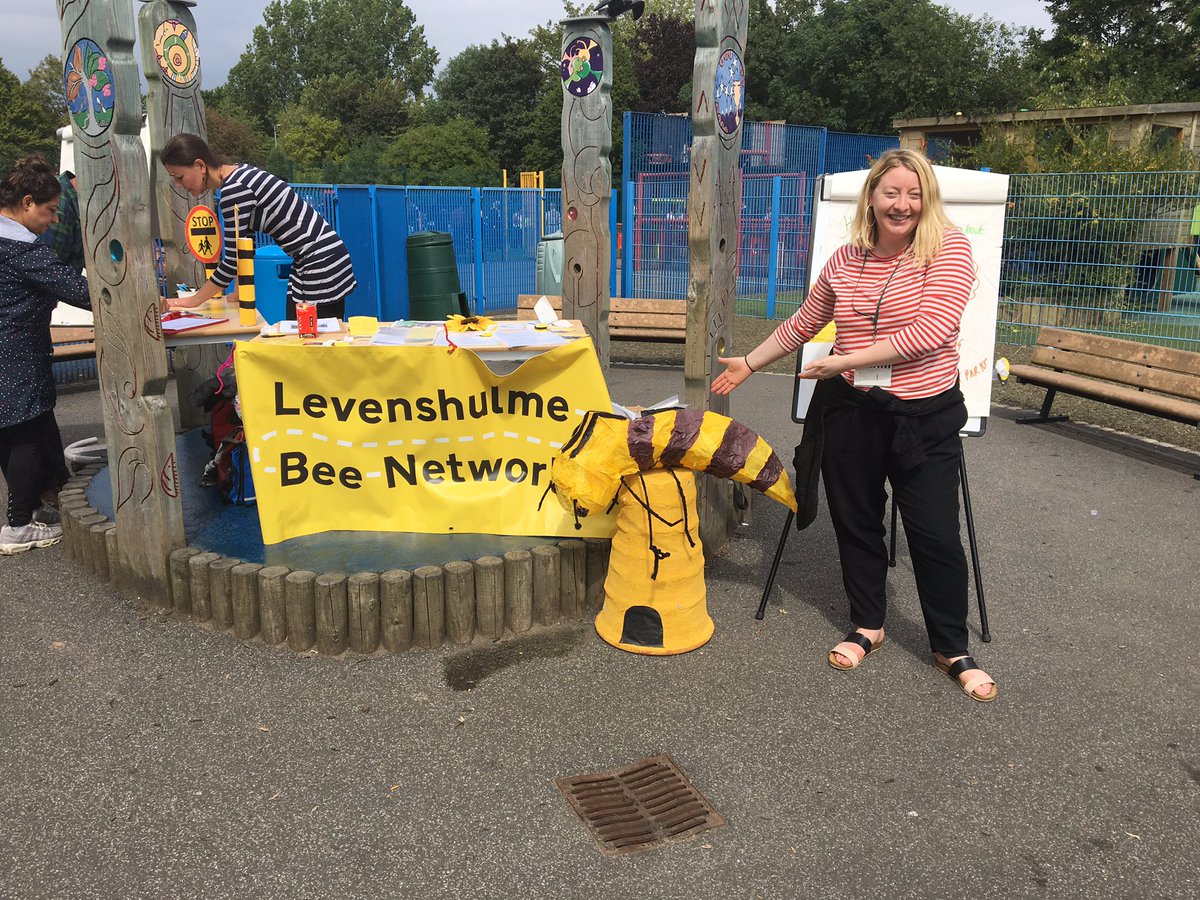