Andy Street went back to school today (June 21) to celebrate the strides children have made to get healthier by walking to school.

The Mayor of the West Midlands met with pupils at Langley Primary School, the Solihull school he attended as a boy, to hear first-hand why they enjoy walking to school rather than being dropped off.

Pupils currently walk to school as part of the WOW challenge, set up by the Living Streets charity, to help improve their health whilst also reducing congestion and pollution from cars around school gates.

Mr Street, who chairs the West Midlands Combined Authority (WMCA), said: “It has been great to come back to the primary school I attended as a child and see the fantastic work being done to encourage travelling actively here.

“It is brilliant to see Living Streets’ WOW challenge inspiring so many families to walk, scoot or cycle to school. They are fun and easy ways to build more activity into the day – and active kids are healthier, happier and do better at school.

“Through the WMCA, we are investing in making walking and cycling safer, easier and more enjoyable - helping to tackle climate change and reduce congestion on the region’s roads in the process.” 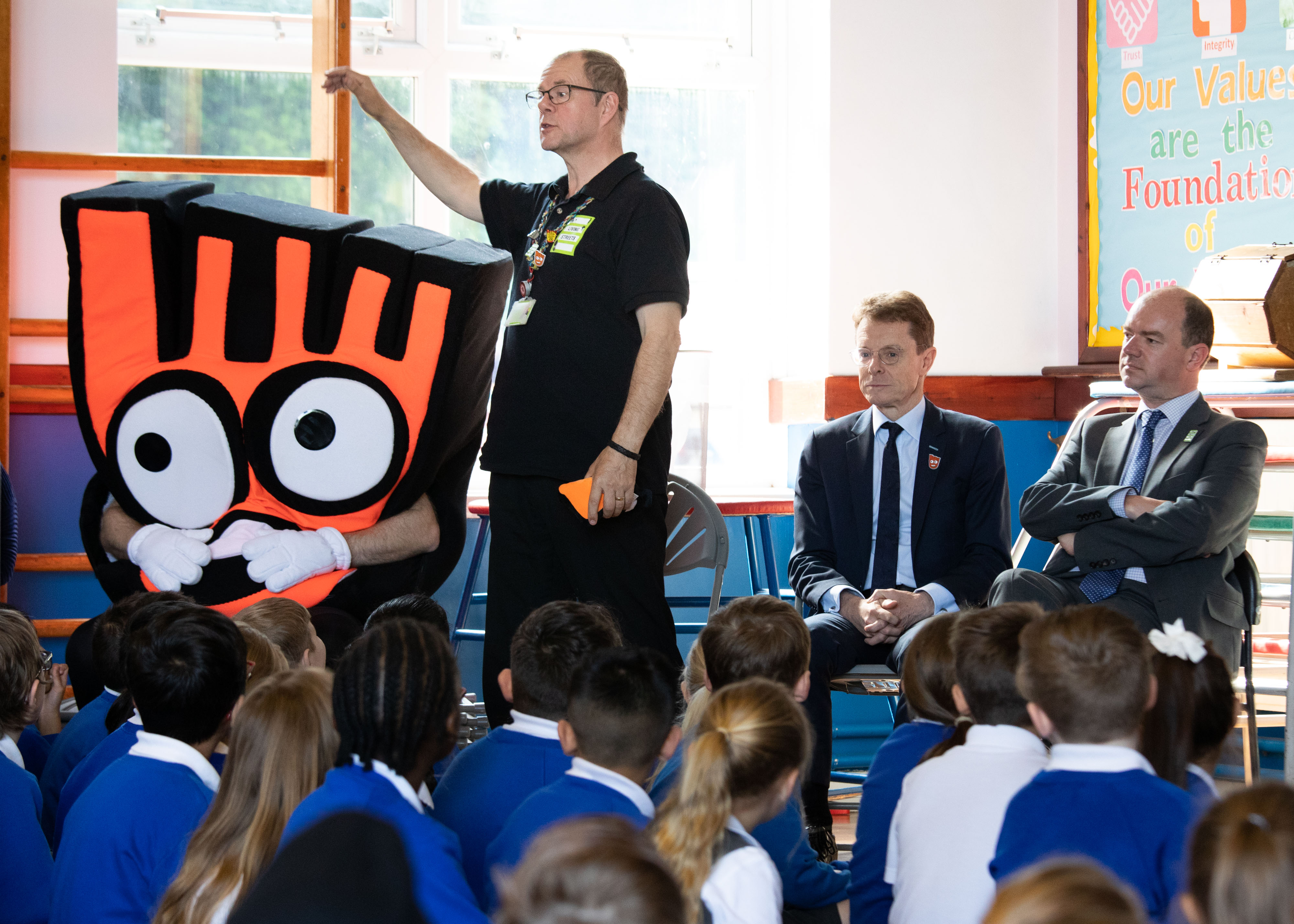 Living Streets’ WOW challenge rewards children who walk to school at least once a week with collectable badges. WOW has been shown to increase walking rates by 23 per cent on average, with a corresponding drop in car use – helping to reduce congestion and pollution around the school gates.

There are 55 primary schools in the West Midlands Combined Authority area currently signed up to WOW, recording the daily travel data on the school journeys of around 14,000 pupils. This represents just over 6.8% of the 801 primaries in the WMCA region. Walking rates at West Midlands WOW schools have risen from a baseline of 47 per cent to an average of 83 per cent across the region. At the same time all the way car trips to WOW schools have fallen from 38 per cent down to 26 per cent.

Stephen Edwards, Director of Policy & Communications, Living Streets, said: “I’m delighted that Andy Street was able to join us to see first-hand the fantastic impact WOW is having in schools in the West Midland.

“Nationally the number of children walking to school has fallen significantly over recent years. However, in schools where successful initiatives like WOW are in place, we are seeing more families choose active and sustainable ways to travel.

“We are becoming increasingly aware of the impact air pollution has on our children’s health - stunting their lung development and increasing the risk of asthma attacks. One in four cars during peak hours are on the school run and the toxic fumes they produce stay around the school gates long after the cars have left. We need to make it possible for families to swap to healthier forms of travel and the funding of WOW in the West Midlands goes a long way to achieving this.”