Parents in Leeds are trialling a ‘Car-Free Zone’ around Moortown Primary School to reduce traffic and encourage more families to walk to school during October’s International Walk to School Month.

Living Streets Moortown is a local group of volunteers focused on making the streets of Moortown more attractive and people-friendly. The group, which only formed in May 2018, has already been campaigning for safer, more enjoyable local walking routes – with particular emphasis on the needs of local school children and people with mobility issues. 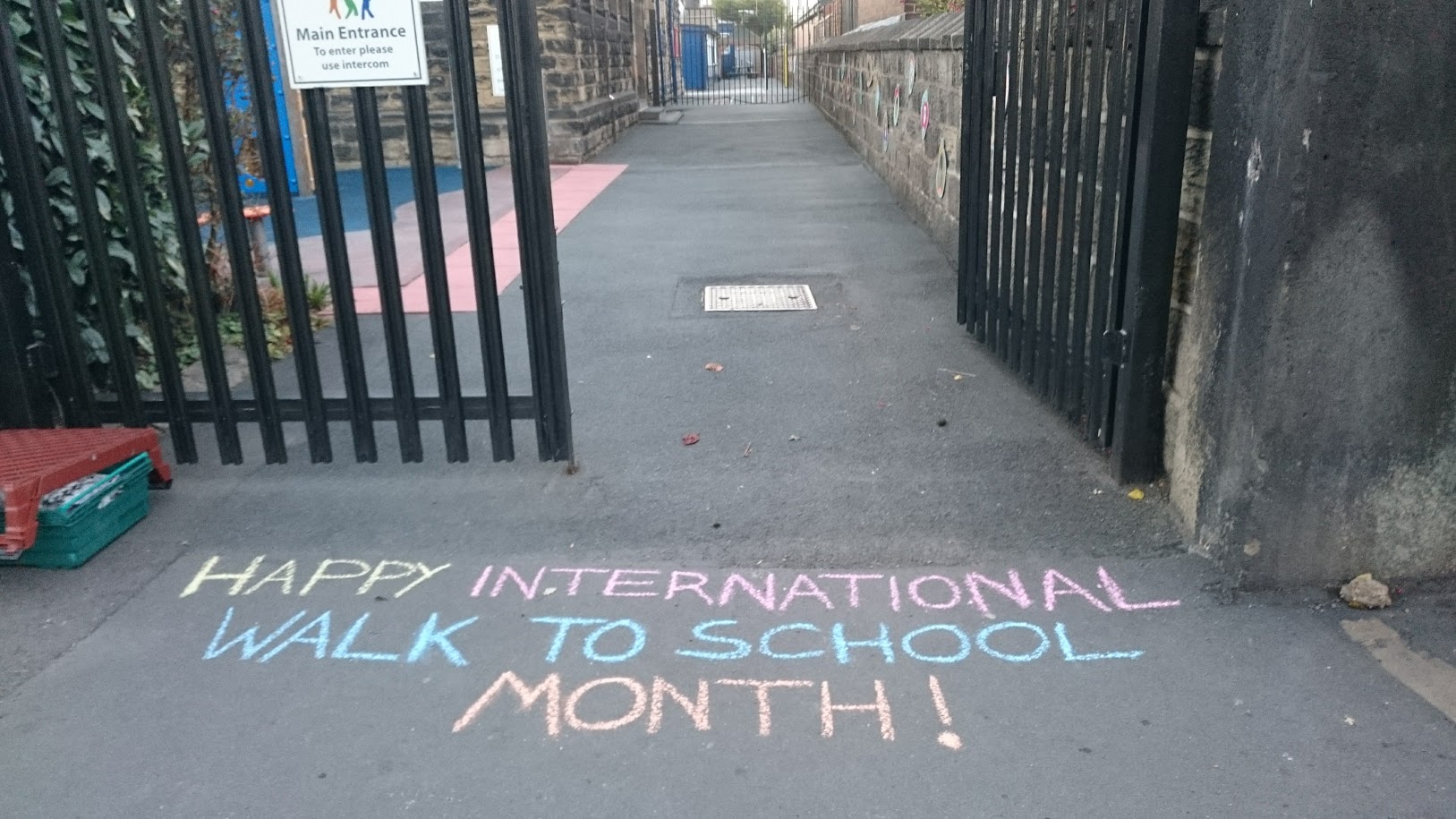 Living Streets Moortown is working with Moortown Primary School to trial a Car-Free Zone throughout October. Parents are encouraged to avoid the ‘Car-Free Zone’ around the school gates, either by walking the whole way or parking further away from the school and walking the rest, known as ‘Park and Stride’.

The group has pulled together a map detailing the Car-Free Zone and giving suggestions of alternative places to park away from the school.

“We want to make the streets around our school safer and nicer places to be so more families are able to walk. Walking to school helps children move more and develop road safety skills. It’s also better for the local environment and will help reduce congestion. It’s great to have the school and so many families getting behind the idea and getting involved. There’s still lots to do but we’re determined to make the journey to the school as safe and enjoyable as possible.

Living Streets currently works in over 2,000 schools across the UK to successfully increase the number of children walking to school through WOW – the year-round walk to school challenge. WOW schools walk to school rates increase by 23 per cent on average with a corresponding drop in cars around the school gates.

As well as cars, parents identified poor street design and crossings as annoying factors of the school run.

Living Streets is calling for new measures to reduce the number of cars on the school run. This comes after research (YouGov 2018) released by the charity for the start of International Walk to School Month, reveals that too many cars are the things parents find most annoying on the school run – specifically too many cars around school gates (54%); cars parking on the pavements (50%); and too much traffic on the journey (45%).

Living Streets is calling for more local authorities to pilot school street closures - prohibiting cars from the school gates at drop off and pick up times, alongside a series of other measures, to encourage more families to walk to school.

“Piloting closing streets to cars outside schools at the start and end of the school day is a great way to improve the safety of our children’s walk to school. It removes issues of unsafe parking, speeding traffic and helps to reduce the toxic air which stays around our children’s schools long after the cars have left.

“We need to see many more measures which make it possible for families to walk to school: lower speed limits, better crossings, constraints on pavement parking. It’s fantastic to see this group taking action to improve their local streets; we hope they inspire others to do the same.”