Sam was one of over 100,000 children who entered the WOW badge design competition, organised by Living Streets. Every year the charity picks a badge theme and asks pupils who take part in WOW to design 11 of them. This year’s theme was My Neighbourhood.

More than half a million copies of Sam’s winning design will be created, using recycled yoghurt pots, to be collected by pupils all over the UK as part of WOW – the year-round walk to school challenge.

Sam was joined by classmates from Kinloss School, Richard Lochhead MSP and local councillor, Anne Skene at Findhorn beach, the spot that inspired the drawing, on Monday (13 June) to celebrate his success. Sam has won an exclusive WOW goody bag and Kinloss Primary School will receive free WOW resources for the 16/17 academic year to allow them to continue taking part and encouraging pupils to walk to school.

Sam’s design reflects the scene at the nearby Findhorn beach on a summer’s day. Speaking about his badge he said, “I have drawn the beach because it has lots of wildlife”

Sam’s success comes after a successful Walk to School Week in May which saw 400,000 pupils across Scotland, England and Wales swap four wheels for two feet for the school run during the week-long challenge. 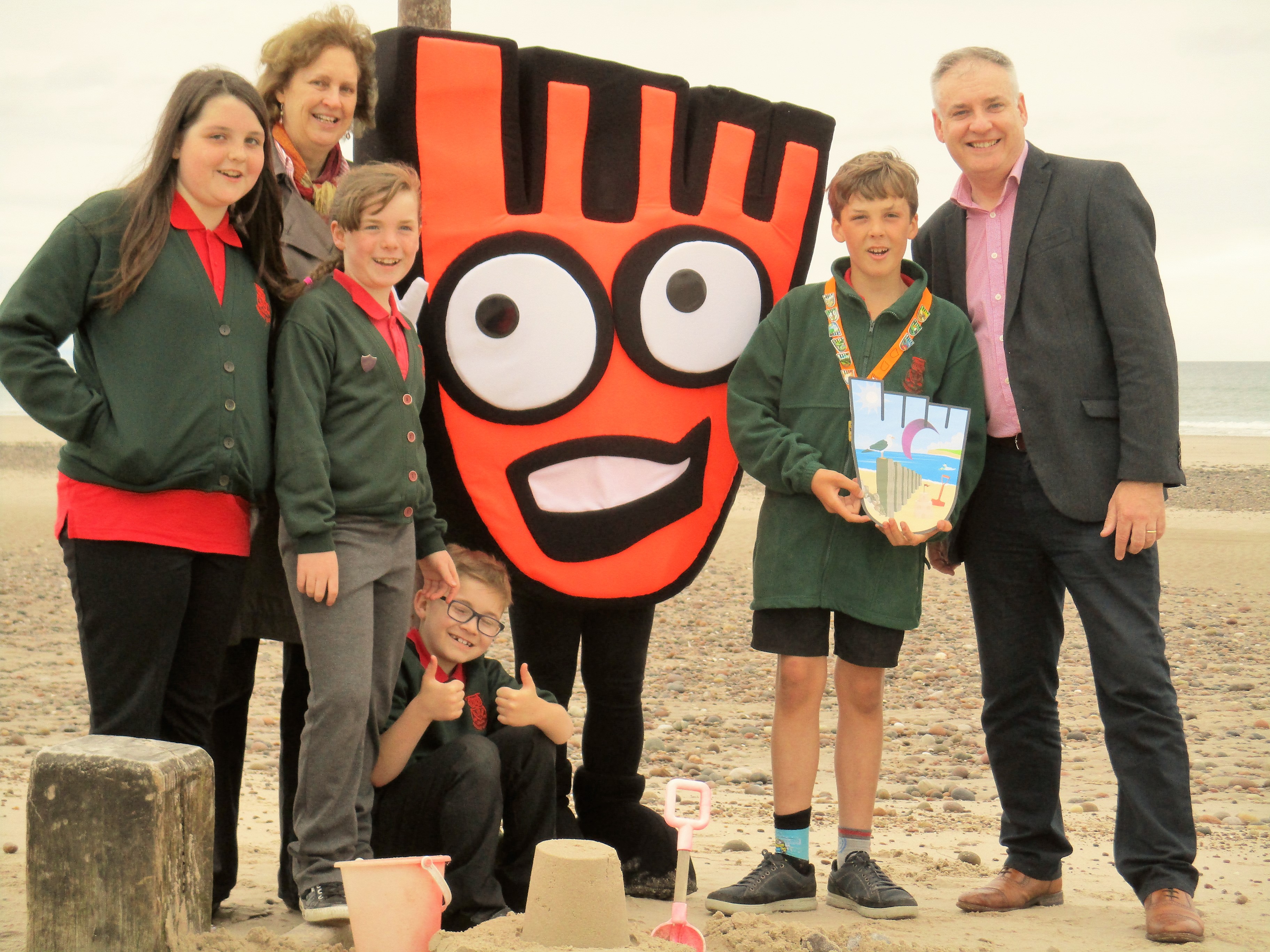 It was difficult to choose just 11 winners this year as the standard was extremely high, so Sam should be very proud. We look forward to having Kinloss Primary school take part in WOW next year. We’re sure it will continue to make a huge difference to their pupils’ health and happiness.

This is a fantastic winning design that captures the colours and beauty of the Moray coast. It’s great that a pupil at Kinloss Primary, a school that do so much to promote healthy, active travel, has won this prestigious Walk to School design competition.