Why exactly do we want to see Oxford Street transformed?

Matt, our digital coordinator, pulls together a host of the most compelling reasons we have heard so far. 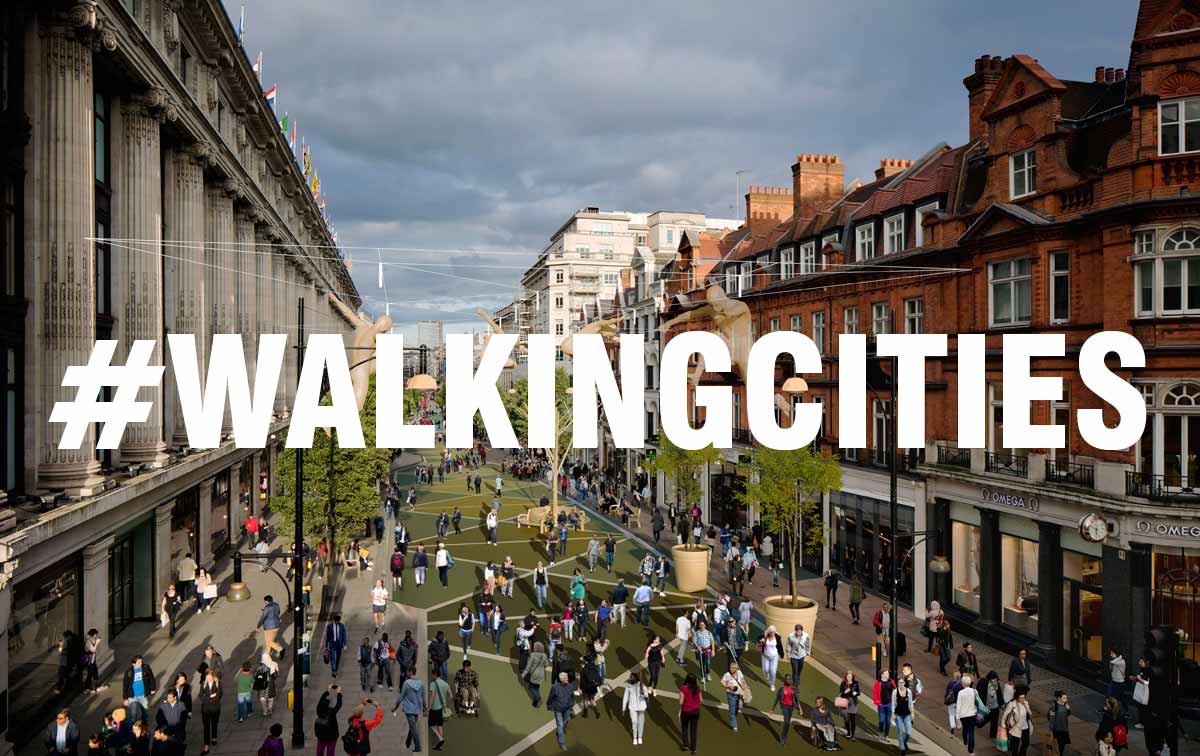 We have already outlined why we want to see the UK's most iconic shopping street transformed, removing the vehicles, and with them the pollution and congestion, and instead redesigning the street around people. It really would make it a world-class destination.

But what are everyone else's reasons for saying yes to Transport for London and Westminster City Council's  proposals? We asked a selection of our supporters, campaigners and partners - and here's what they told us so far.

We asked people "What's your vision for a transformed Oxford Street?"

Check out a selection of the replies we got. 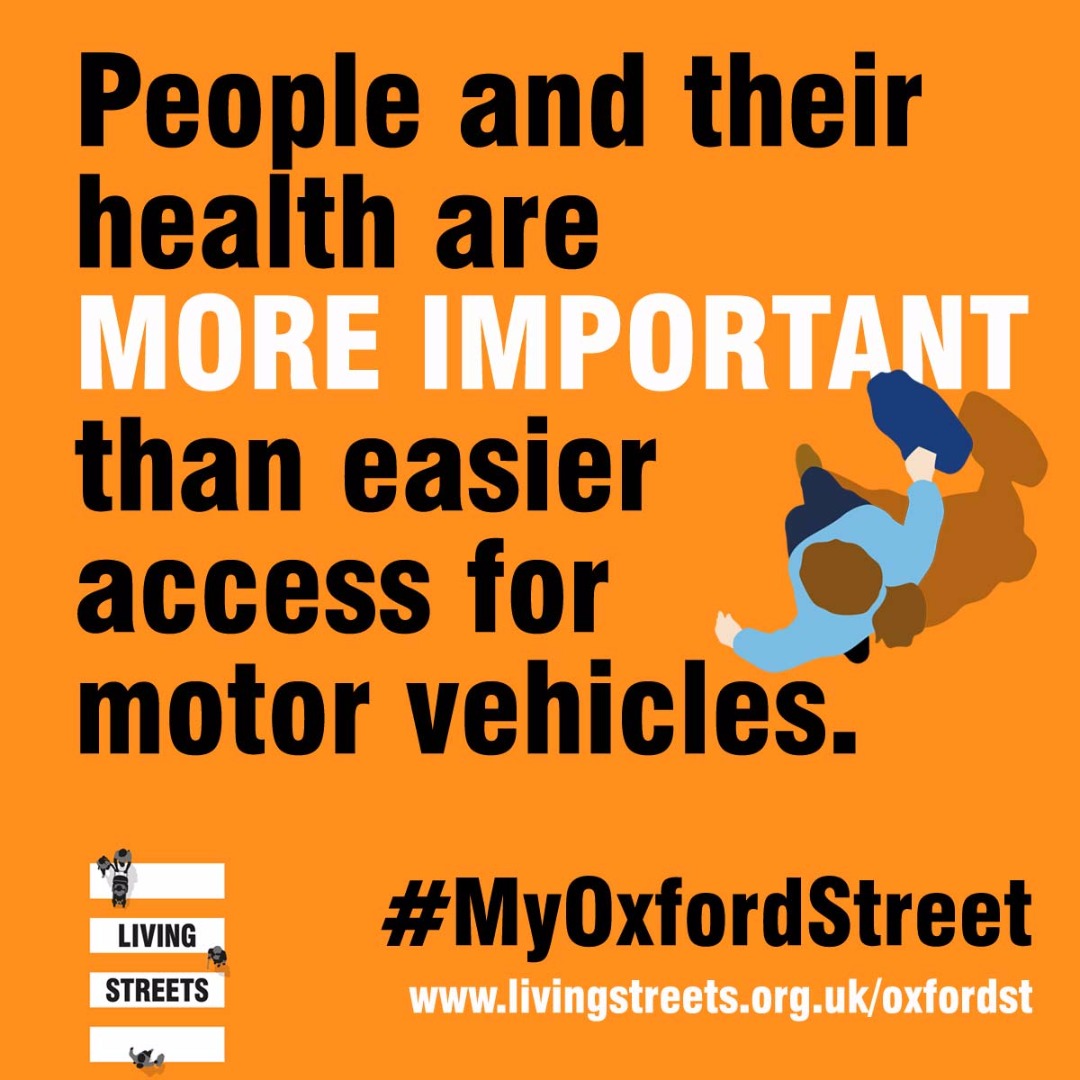 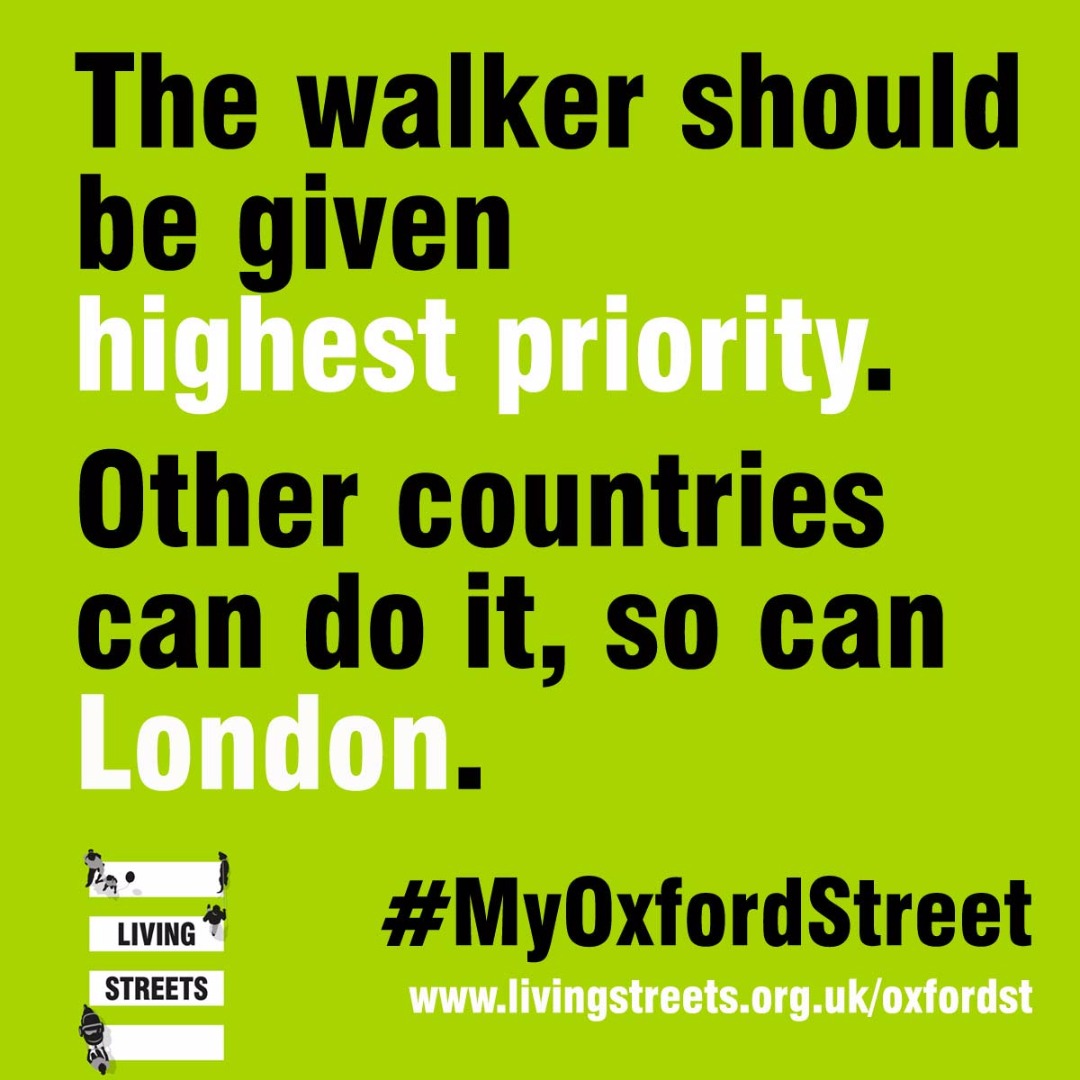 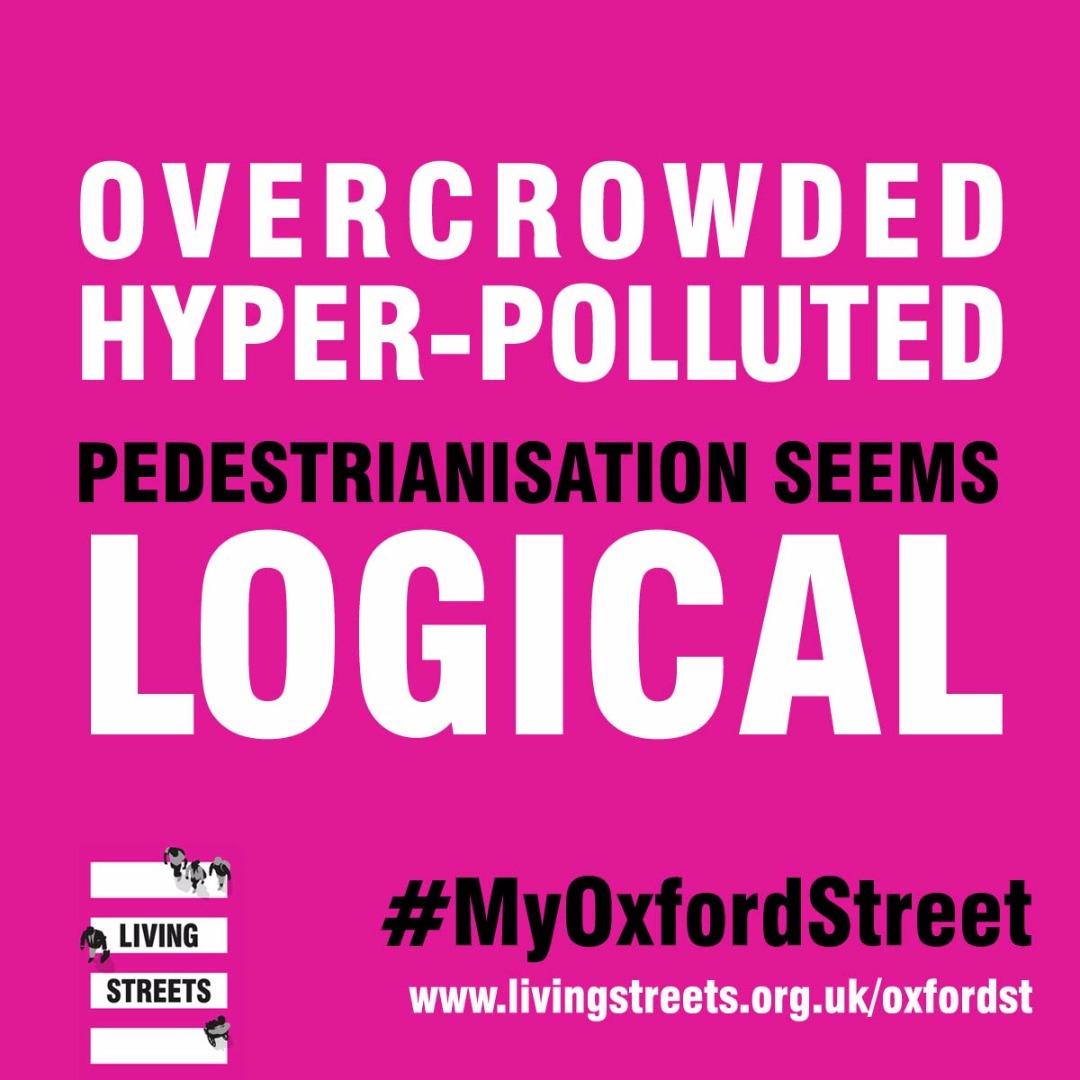 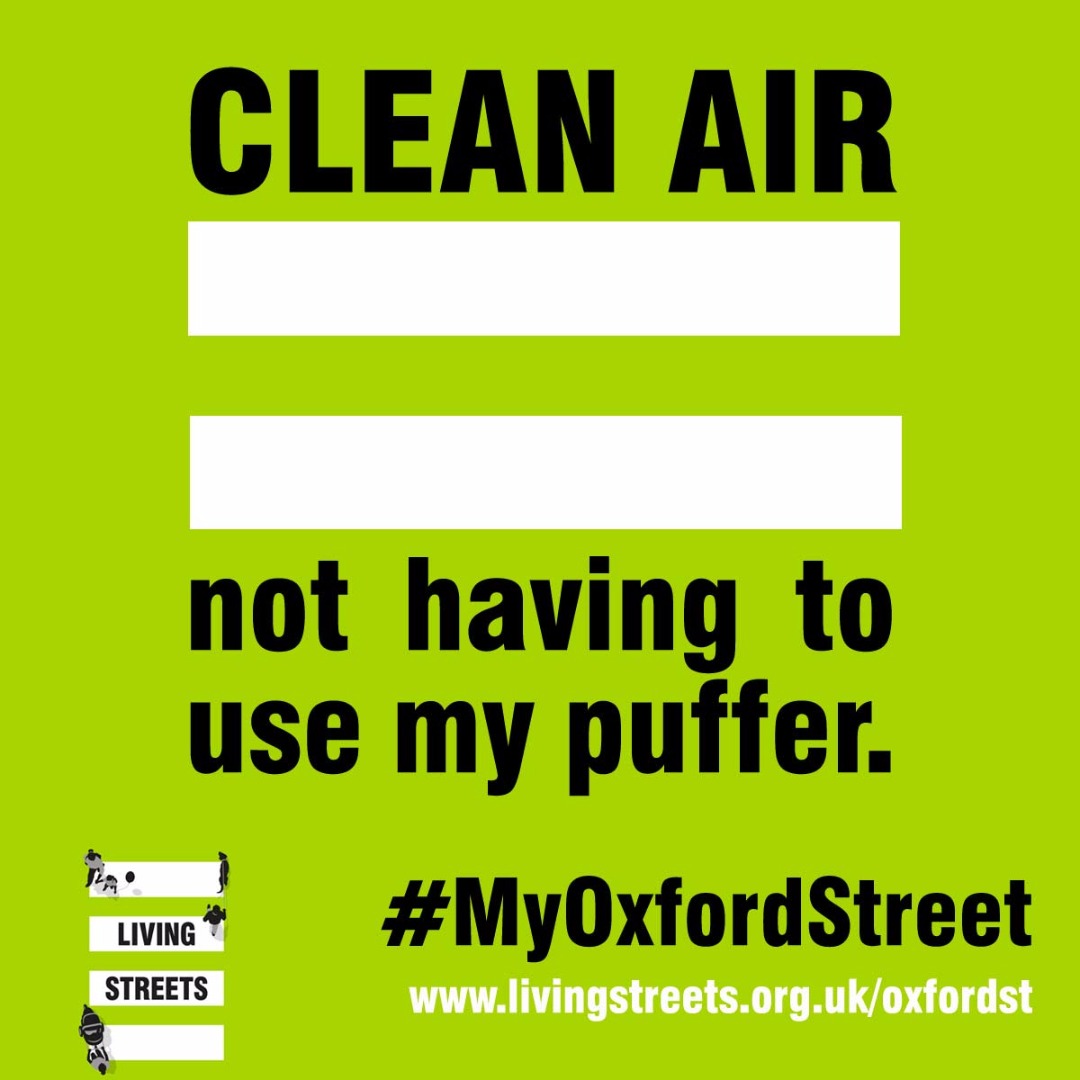 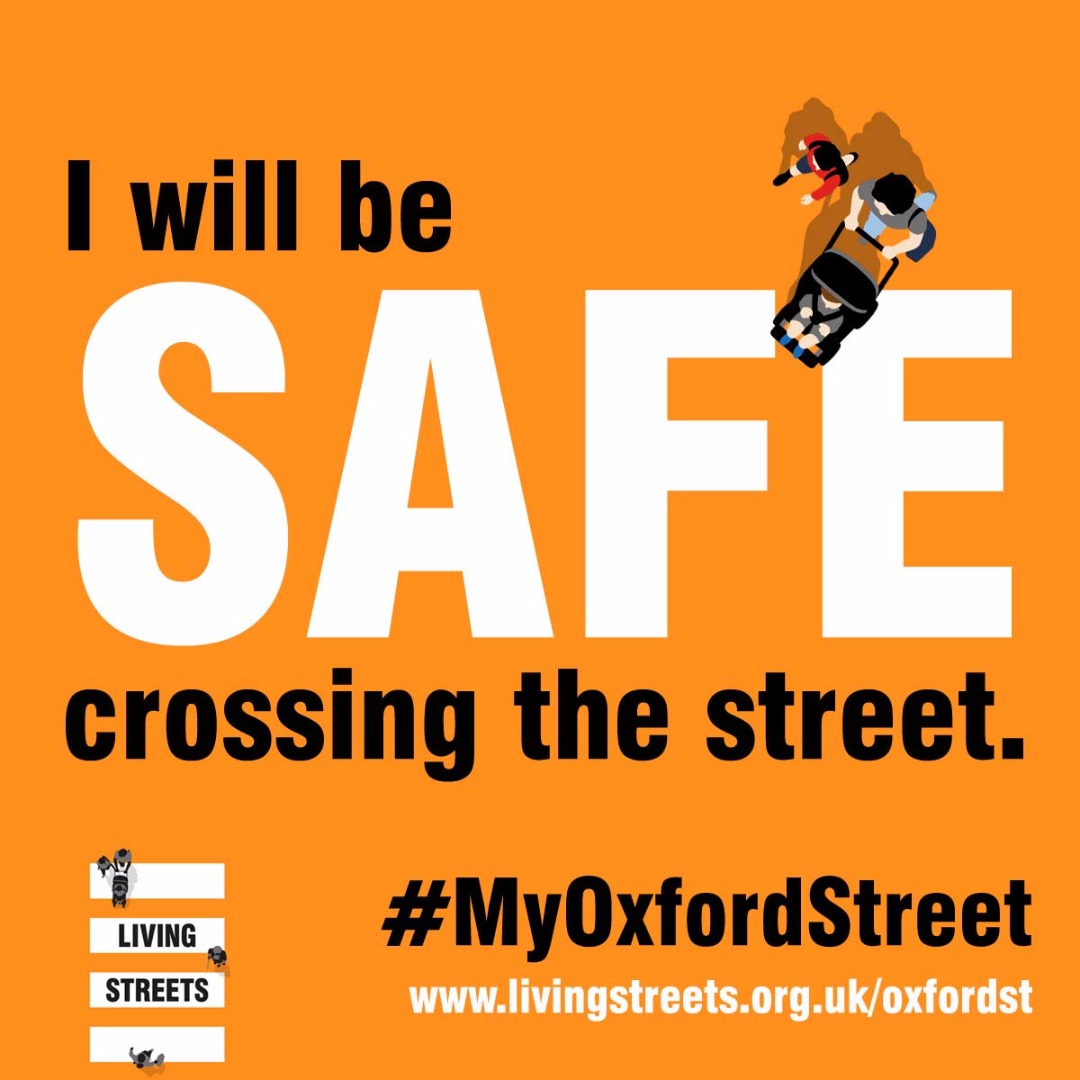 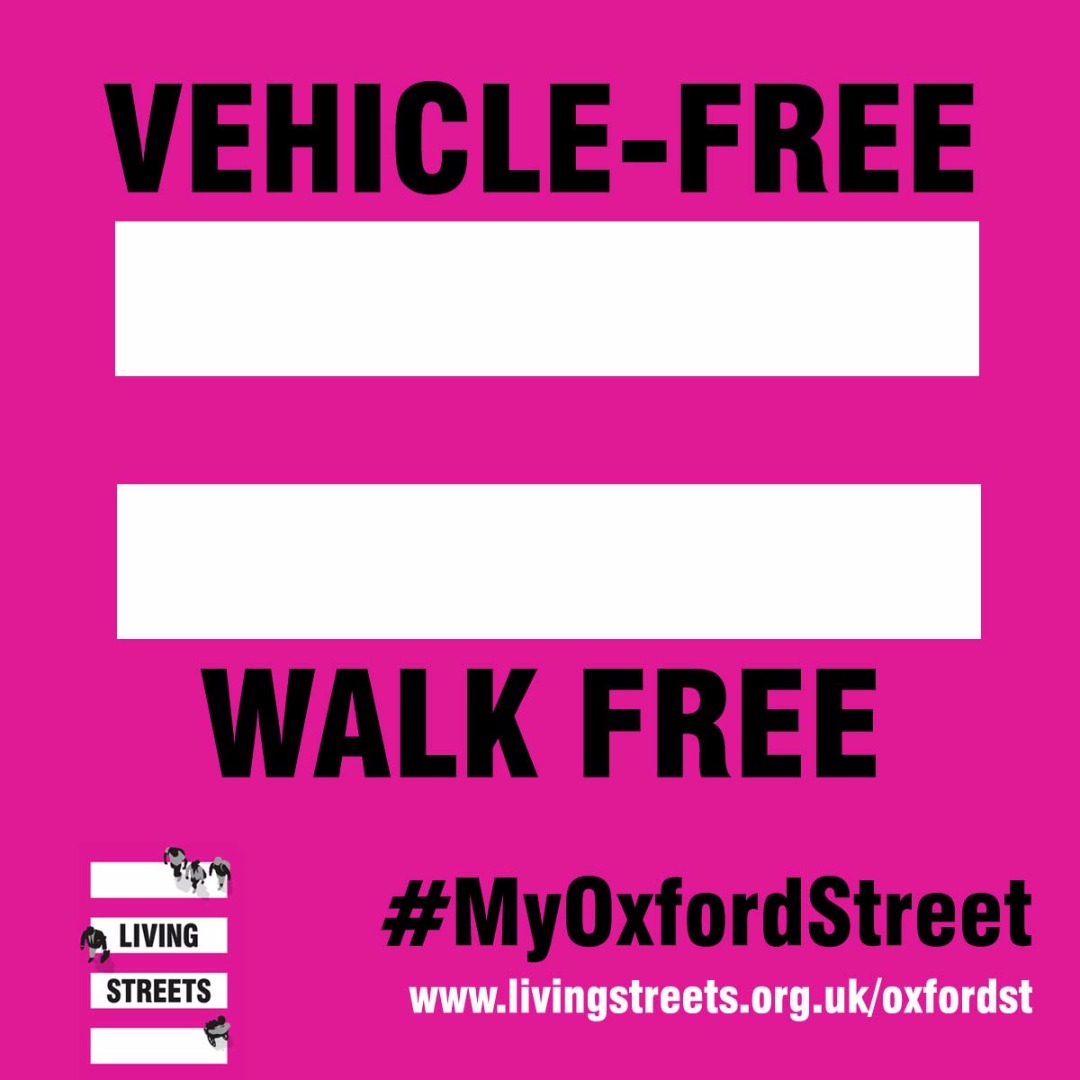 We asked some of our London local groups for their view.

They did not disappoint.

Oxford Street will become a place where even more Londoners and visitors will want to spend time – free of the dangers of traffic and free from being poisoned by poor air quality and deafened by noise.

A people-friendly Oxford Street can pave the way for other iconic streets in London and cities across the country to be similarly transformed in the interests of everyone who use them and to the benefit of business.

It is inspirational to see the positive response by the public to these plans to transform Oxford Street.

The proposals for Oxford Street show that, where there's a will, a way can be found to make streets better for people.

The publication by TfL of the Healthy Streets Check gives a great opportunity to assess how we can best make the proposals deliver a street network that works for everyone.

The first Oxford Street VIP day in December 2007 which saw the street closed to vehicles and opened to people, showed just how strong the pent up demand was for people to properly inhabit Britain's best known street.

Thousands upon thousands of people rushed out to enjoy a space that was for once free of pollution and the threat from vehicles that traditionally has blighted visiting Oxford Street and pushed people to the margins.

A decade later, we are delighted to see that amazing collaboration between the authorities and local groups is bringing this to fruition in a much more permanent way.

If carried out with care, this will not only improve conditions for people on Oxford Street itself but also who live and work in the surrounding area. We hope everyone will do all that they can to support these plans.

The planned Oxford Street design will hugely improve accessibility for wheel-chair and buggy users, who currently find it almost impossible to negotiate this street.

It’s an example of how people’s concerns about too much traffic and air pollution cannot be ignored and have to be dealt with particularly in Central London and serves as proof that active campaigning by Living Streets pays dividends.

Oxford Street can act as a template for the whole of the UK. There is absolutely no excuse for other cities not to realise that pedestrians, and walking as the principal mode of transport, have to be the first priority.

Ambitious plans for the transformation of Oxford Street have now been released.

The release of the plans and a public consultation follows our long-running campaign to pedestrianise one of the UK’s most iconic streets.

We have until 17 December to say YES to these plans to ensure the complete removal of traffic from Oxford Street.

Say YES to the proposals now