Stuart Hay, Director of Living Streets Scotland, comments on a new road safety video which appears to blame victims, rather than road infrastructure for traffic incidents.

Last week Glasgow City Council released a new road safety video aimed at older pedestrians. The idea was a great one, as traffic incidents involving the elderly have increased recently. But the council’s solution, although well meaning, provoked criticism for the way it portrayed the problem. It shouldn’t be about the pedestrian; this is about towns and cities being built around the car and the problem this causes for those walking.

The advert placed two scenes alongside each other. On the left; a young woman getting ready and crossing the road with ease, on the right; an older woman almost walking into a car. The overwhelming feeling from watching was that the older lady was at fault – that you know how to cross a road when you’re young but you lose this judgement in older age. Living Streets believe such fear-based messaging is unfortunate and potentially counter productive. Older people aren’t daft, which is more than can said for a transport system that takes little account of our ageing society.

The reasons for older pedestrian road casualties are complex, so a sole focus on scaring them is unlikely to achieve positive results. Plus, the advert fails to recognise that older people find crossing the road challenging because of poor crossing provision, where waiting times are too long and crossing times too short.

Ciaran McDonald, Policy Officer for Age Scotland, said: "We are concerned about Glasgow City Council's intentions in this advert. Whilst there is a worrying rise in older people being injured or killed in traffic collisions, this advert points the finger of blame at pedestrians rather than at existing road infrastructure. 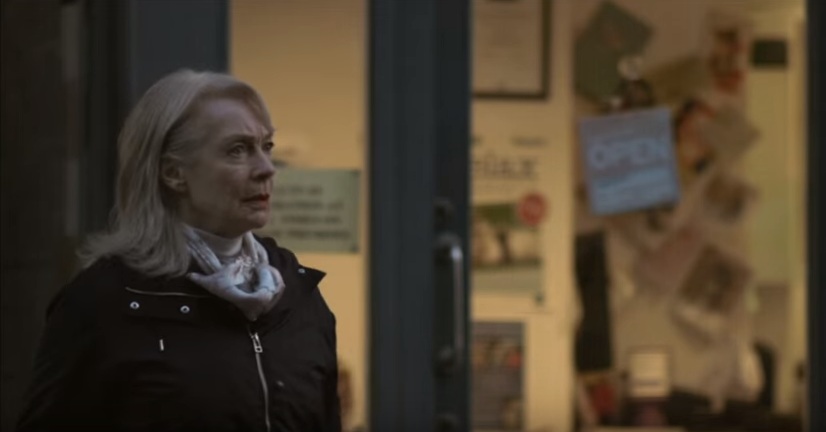 WE DISAGREE WITH THIS ADVERT'S INSINUATION THAT OLDER PEOPLE SHOULD BE IN FEAR WHEN WALKING IN OUR TOWNS AND CITIES.

“In fact, this conflicts with our vision for age-friendly communities that are designed and planned to reflect the needs and uses of everyone. Consequently, we encourage Glasgow City Council to re-consider its approach and instead concentrate on making structural improvements that can make the city's roads a safer environment for people of all ages."

The council responded quickly after we contacted them and were surprised at our initial reaction. We look forward to discussing a more sophisticated approach to older road casualties. Lots can be done in Glasgow to make the problem involving older pedestrians safer and we hope the other elements of their campaign will be less contentious.