With a new partnership with LNER, London Living Streets have put Footways firming on the map and are rethinking cities from the pedestrian perspective. Can you help us expand this project across the rest of the UK?

The beautifully illustrated Central London Footways map highlights how quick and easy it can be for residents and visitors to choose walking and wheeling to get from A to B.

It contains a network of routes connecting mainline railway stations, green spaces and other popular desinations via the capital’s most appealing and accessible streets.

Launched by Transport for London (TfL) and London Living Streets, and developed by Urban Good, the free physical map is available at several central London locations and online at www.footways.london.

Walking and wheeling are brilliant choices for making journeys in London. It’s often quicker than expected, with 20 or 30 minute journeys across the city centre taking just a few minutes longer than public transport.

Walking is also good for your health and wellbeing. Walking for just 20 minutes a day can reduce stress and anxiety, and has also been proven to reduce the risk of depression by 20-30 percent.

More people navigating the streets also means they are busier, which in turn creates opportunities for businesses and supports London’s economy.

Of course, that’s on top of the environmental benefits, and the chance for residents and visitors to see some interesting sights! 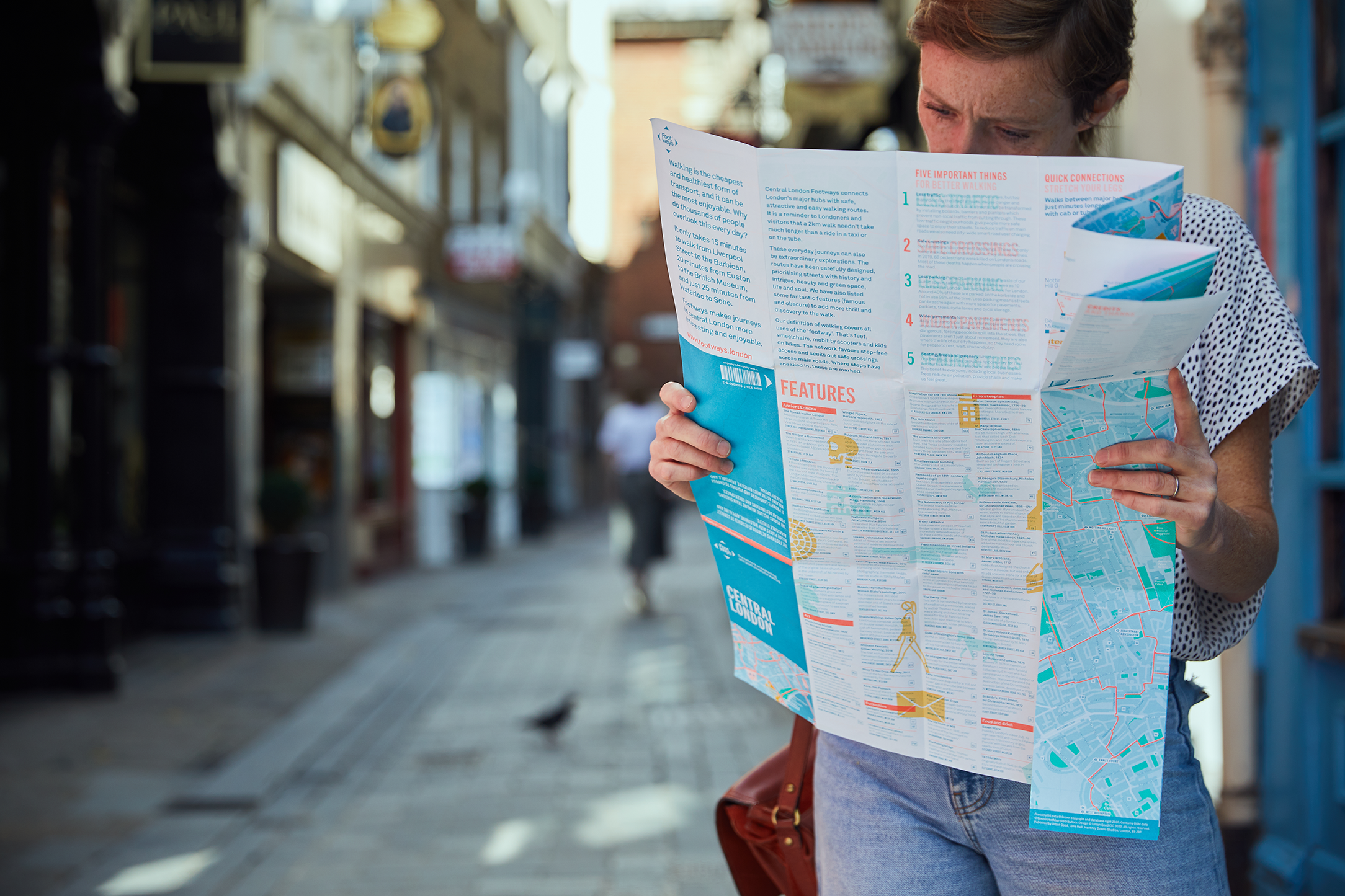 “The Footways routes, that are both convenient and enjoyable, will ensure longer walks become an everyday habit again.”

Promoting walking and wheeling in London 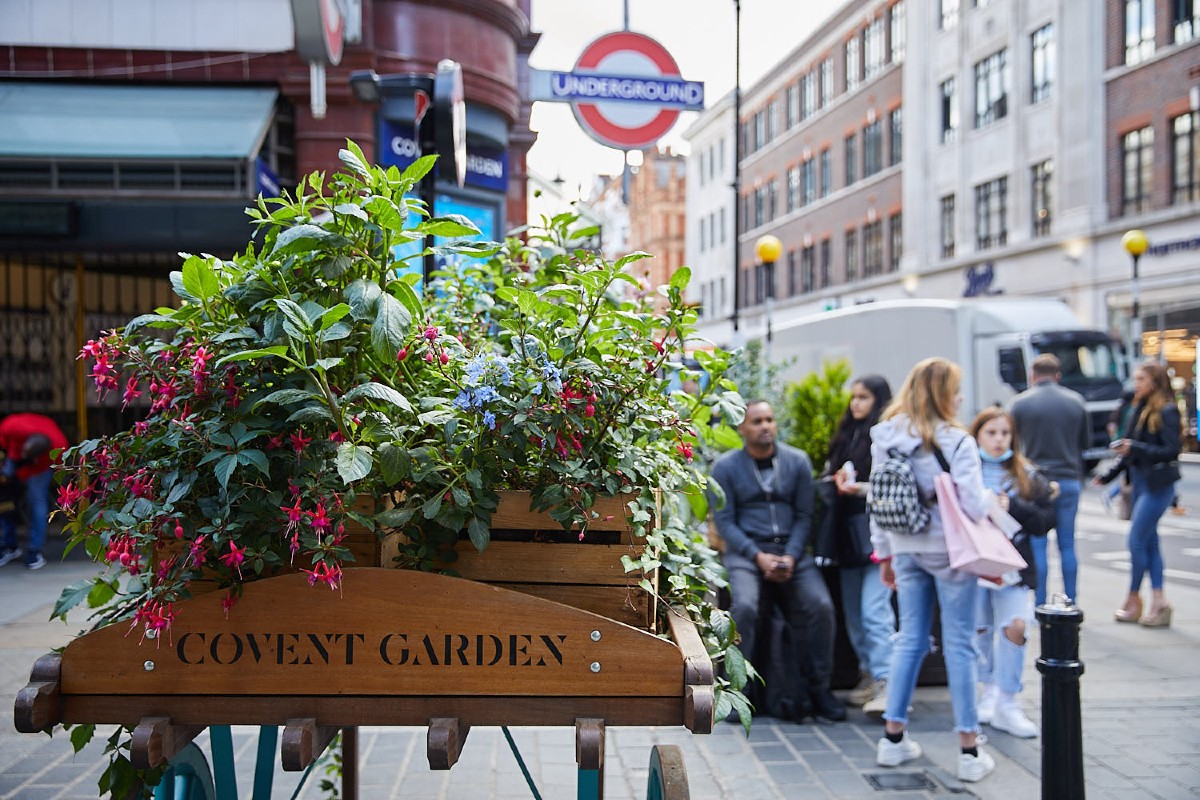 The need for Footways is clear: TfL data shows that 1.5m trips are made each day by car, bus or taxi that could be walked, and that almost three-quarters of walkable trips are made by car.

The printed Footways map is the culmination of an 18-month project led by David Harrison, Emma Griffin and other volunteers at London Living Streets. They’ve walked extensively across the city with residents, businesses, cultural organisations, councillors and local campaigners to find opportunities for safe and attractive routes. The project is universally supported by central London boroughs and Business Improvement Districts.

The initiative is one of many projects in the capital aimed at boosting walking and wheeling as modes of transport.

For example, TfL has been trialling the use of pioneering ‘Green Man Authority’ technology, which adjusts traffic lights at pedestrian crossings so that they automatically prioritise people walking instead of motor traffic - a first in the UK.

“We were delighted to be involved and thrilled that Paddington and its towpath now form one of the capital’s recognised walking routes, not just north along the canal to London Zoo and Camden Town, but right into the heart of the West End.”

London Living Streets is now preparing for phase two of the Footways project, with the aim of making it more accessible. Based on feedback from the public, it will mark routes based on ease of wheeling, walking with a disability or navigating the streets with small children.

The Footways project is also expanding and launching new routes in Hackney and Islington with great input from local Living Streets supporters, councillors, council officers and others during the London Car Free celebrations this September. The sneak view of the draft network is available here. 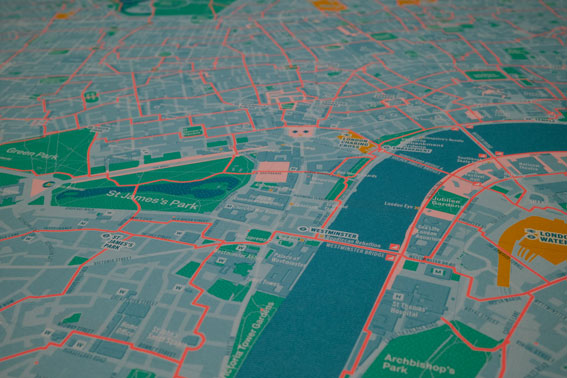 Why not bring a Footways walking network to wherever you live in the UK?

Every town and city deserves a network for walking and wheeling. If you work with a Local Authority and are interested in developing a Footways network in your area then get in touch directly with Footways.

If you want to create a network as a group of neighbours or local residents then start a Living Streets Local Group and work with us in partnership with Footways to put walking and wheeling on the map! Footways have a step-by-step guide to get you started.

“Walking is a fantastic way to explore our city as well as being good for your mental and physical health, so I am delighted that TfL has linked up with London Living Streets to deliver this new Footways map.”