Sue Stanley, from our Upton-by-Chester Living Streets Group, reports from the group’s Community Footpath Day on the 9 April. Led by our Upton-by-Chester Living Streets Group, local people have just achieved a big improvement in a local footpath known as The Twitchell. Armed with their garden shears and secateurs, together with rakes and spades provided by the Borough Council, they have re-created a very pleasant, green pathway leading to Upton village, schools and bus routes.

A team of enthusiastic volunteers worked on clearing the path for just three hours during one weekend, cutting back a jungle of branches and nettles that were blocking the way, and filling 30 sacks with green waste, rubble and litter. They didn’t forget wildlife in the process, and left untouched areas on either side for pollinators and small animals, as well as planting wildflower seeds and bluebells.

It's not only our group in Upton-by-Chester that has events like this. Groups around the country are organising. If you would like to get involved in a similar way than join Living Streets national campaign to Cut the Clutter. 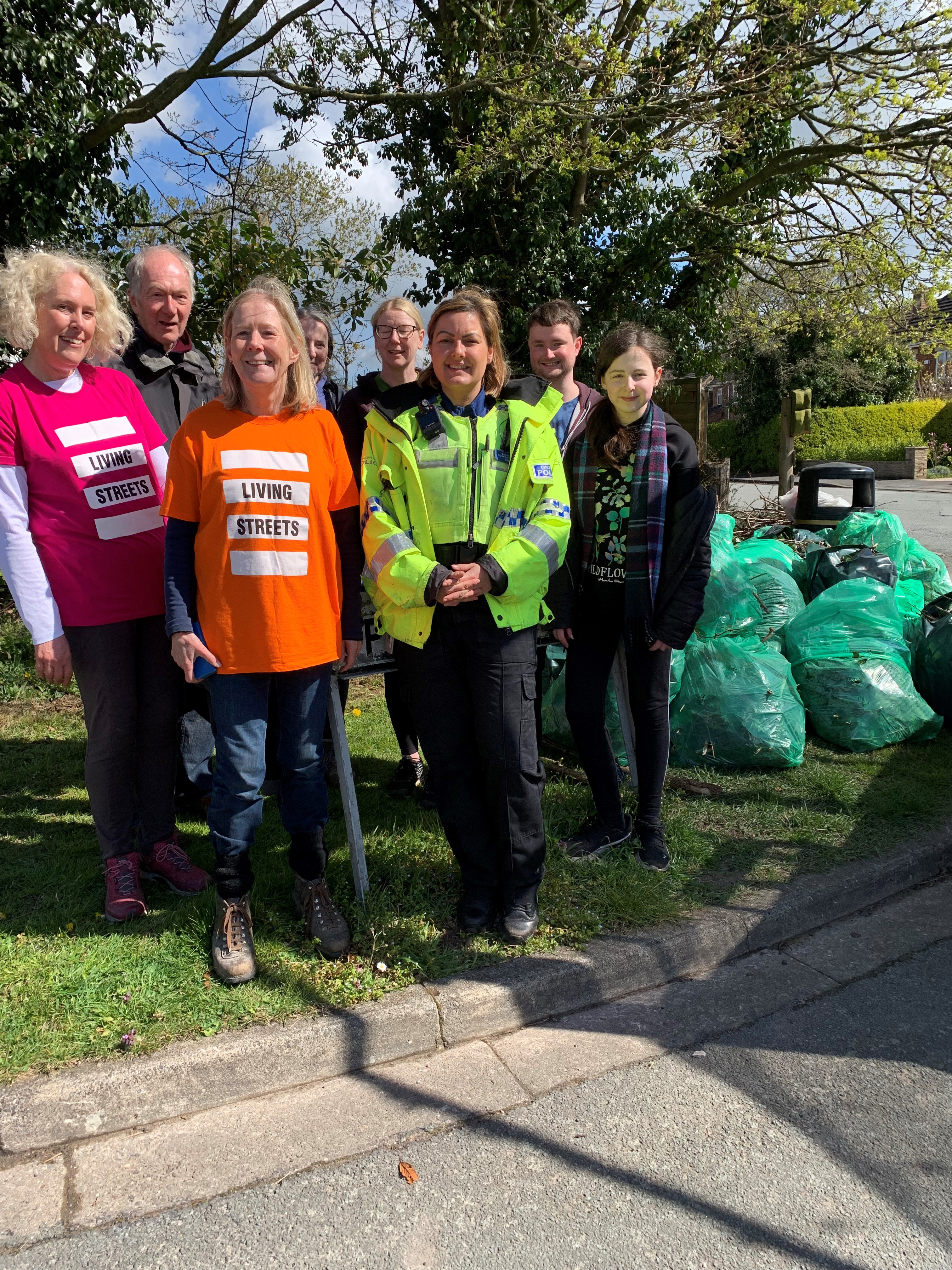 We want decision-makers to re-prioritise walking and get streets and footpaths that are welcoming for everyone, as well as helping those who are less able to walk to get about easily. 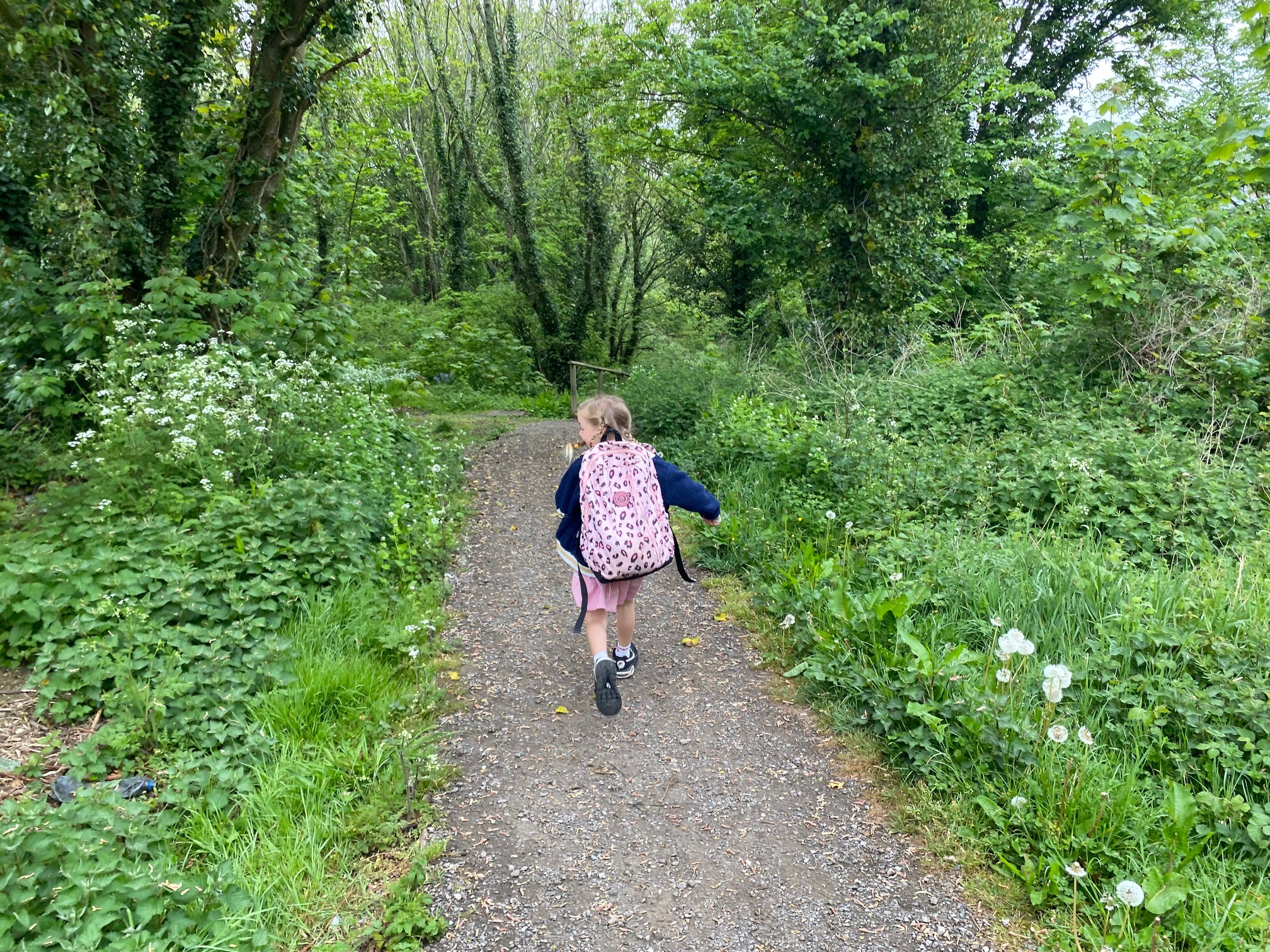 More and more people are recognising that walking is part of a healthy lifestyle, and it’s better for air quality and the planet than using a car all the time. We want decision-makers to re-prioritise walking and get streets and footpaths that are welcoming for everyone, as well as helping those who are less able to walk to get about easily.

Another member of our group, Helen Wilman said: “In between the annual cuts by the Council, paths and alleyways can quickly become overgrown, and it makes a big difference if people living nearby can do a small amount to tidy them up from time to time”.

As well as thanking all the volunteers, myself and Helen would like to acknowledge the help given by the local Police Community Support Officer, the Your Streets team from the Borough Council, and Chester Zoo.

Everyone taking part said that they really enjoyed doing it and are proud of the strength of the volunteering in Upton, as shown by this successful event.

May is Living Streets' National Walking Month. This year, we're encouraging you to #Try20 - and walk for 20 minutes each day during May. Try20 is a list of 20 suggestions for campaigners to try out. Why not do a spot of litter picking while you’re out on a walk? Just filling one bag could make a real difference. 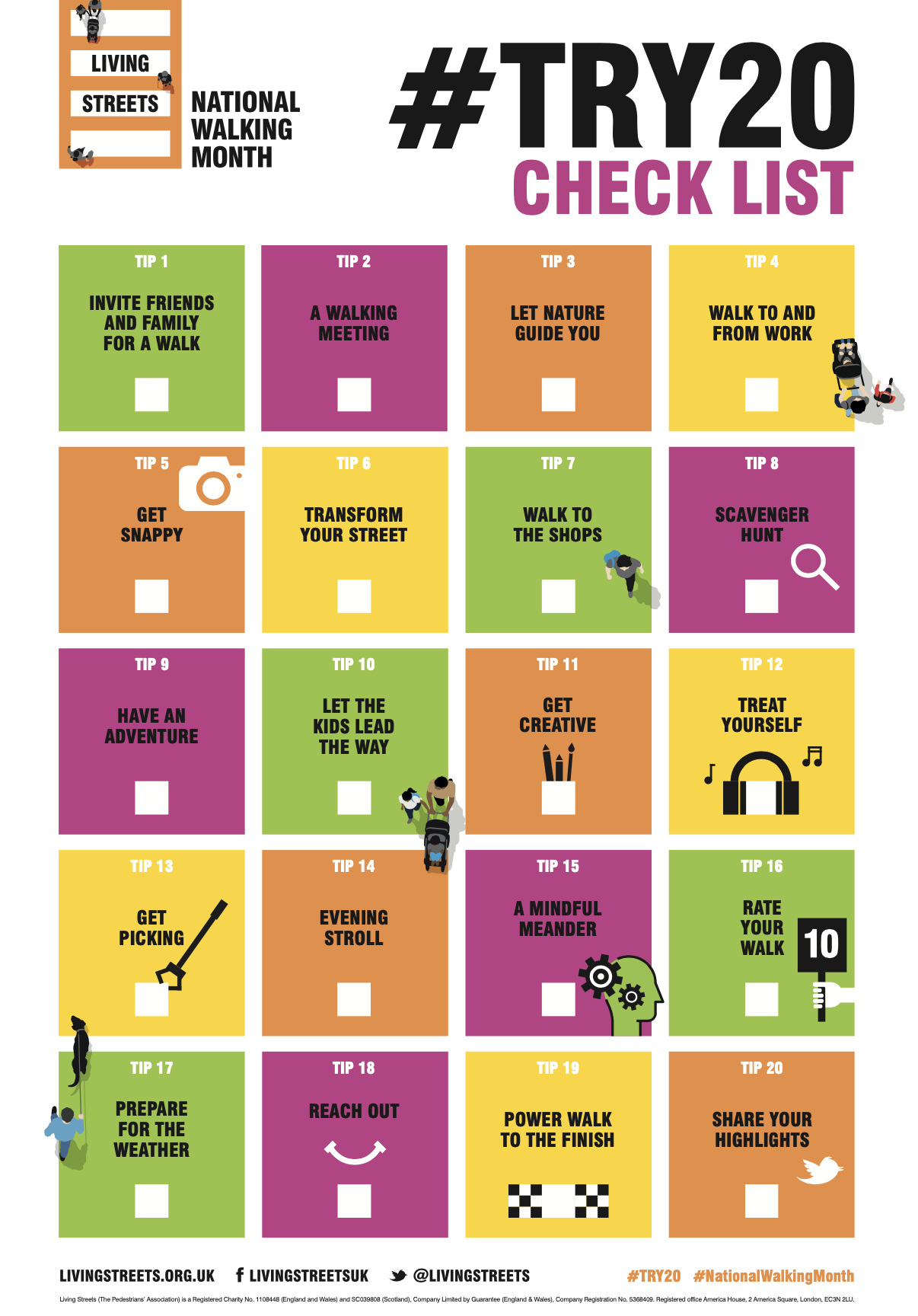 More about our Local Groups