South Herts Living Streets Group is dedicated to improving walking routes in South Hertfordshire, including part of the London Borough of Barnet that was previously in Hertfordshire.

We have produced a comprehensive South Herts Walking Campaign Report 2020. This shows a major loss of pavements and safe walking routes since 1970 due to M25 and A1(M) motorway building, earth banks deposited on roadside verges, other obstructions and a lack of pavement maintenance.

You can read here our recent two submissions to the following public consultations:

Join us today and help us to improve South Hertfordshire for those on foot.

Just so you know, by clicking on the buttons to the right of this text, you're contacting a local volunteer, not the national charity. 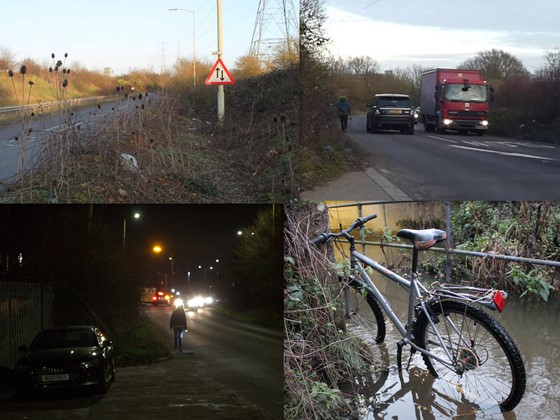